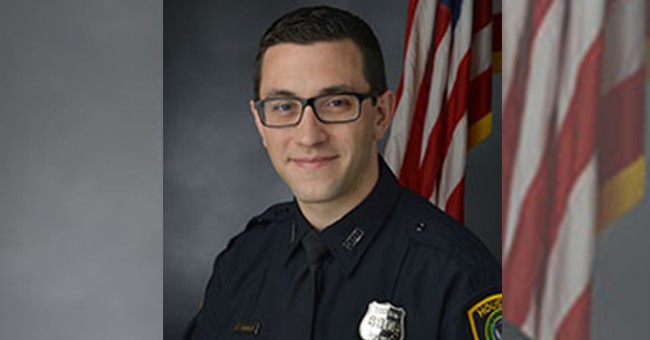 If you listened to 2020 Democratic presidential candidate Sen. Bernie Sanders (I-VT) this week, you'd think that all police officers have a violent vendetta against African-Americans. The Vermont senator told a young black student at the Second Step Presidential Justice Forum in Columbia, South Carolina that he should play along with any cop who may pull him over, or risk getting "shot in the back of the head." It's the kind of narrative we've been hearing for years - that the police are inherently racist.

Joe Gamaldi, the national vice president for the fraternal order of police, scoffed at Sanders's opinion during a town hall with Fox News anchor Harris Faulkner on Sunday.

“Bernie Sanders is a complete joke,” Gamaldi said at the event, "Town Hall America: Police Emergency." “He's got no shot of being the next president of this United States."

Gamaldi regretted that people like Bernie are "tearing" down the bridge that police have been trying to build with citizens. He also said Sanders's narrative is just plain false. A recent study by Michigan State University and the University of Maryland revealed that in 99 percent of fatal police shootings in 2015, the injured individual had been armed. And there were zero cases of racial bias.

He offered a few other statistics, notably how there is a police officer shot in this country every 29 hours.

"Absolutely, 100 percent we are under attack," Gamaldi said.

His sentiment was shared by nearly the entire town hall. Faulkner asked the participants how many of them believe the tension between police and community is at the highest level in decades, and the overwhelming majority raised their hands.

Mike Lipetri, a Republican New York state assemblyman, accused the Democrats of driving a wedge between police and the community. He's trying to stem some of that damage with a new piece of legislation that would make it a Class E felony to dump or throw any substance on a police officer. That includes water, since it can easily damage equipment. Anyone found liable could face up to 1 to 4 years in prison.

Former NYPD officer Ralph Friedman, who was sitting in the audience, sounded off on a few harmful "effects." Namely, the Pantaleo Effect and the Ferguson Effect. The Pantaleo Effect, named after Officer Daniel Pantaleo, who was fired from the NYPD for his role in the chokehold death of Eric Garner, leaves officers fearful to do their jobs, Friedman argued.

"The city should be happy that they have men and women to do this job…But they’re being handcuffed and blindfolded and not allowed to be police," Friedman argued.

Lipetri explained the Ferguson Effect, named after the police shooting of black teenager Michael Brown in Ferguson, MO, as allowing media to get away with writing clickbait headlines that paint the police in an unfortunate light. In the Ferguson shooting, officer Darren Wilson was acquitted of wrongdoing. He claimed he was acting in self-defense.

Gamaldi agreed and said he wished police chiefs and commissioners would “get off their asses” and push back on all the anti-police rhetoric to show that they support the men and women who are putting their lives on the line every day.