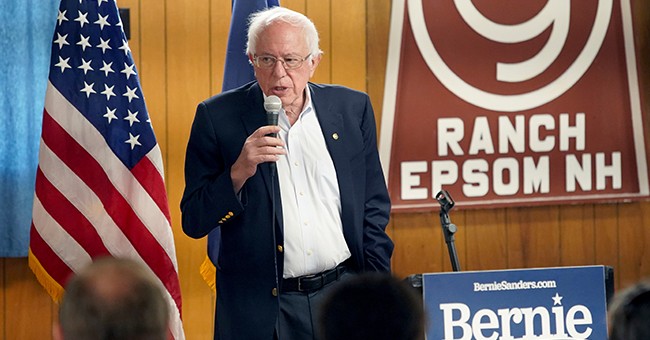 A day before President Trump addressed the annual gathering of the International Association of Chiefs of Police in Chicago, Sen. Bernie Sanders (I-VT) gave some rather shocking advice to a young black student at Benedict College in regards to how he should behave around a police officer if he's pulled over while driving.

.@BernieSanders to black student on how to handle getting pulled over by the police: “Identify who the police officer is - respect what they are doing so that you don’t get shot in the back of the head.”

"I would do my best to identify who that police officer is and ask him or her for their name," Sanders told the young man at the Second Step Presidential Justice Forum in Columbia, South Carolina. "I would respect what they are doing so that you don’t get shot in the back of the head. But I would also be very mindful of the fact that as a nation we have got to hold police officers accountable for the actions that they commit."

He also told the student to make sure the police officer's camera was turned on.

The relationship between police and the African-American community has been on edge for years. Tensions increased after the police shooting of black teenager Michael Brown in Ferguson, MO. The officer who pulled the trigger claimed he had acted in self defense. A grand jury decided not to indict him, and the city erupted in riots.

Sanders's opinion of police was in stark contrast to President Trump's remarks at the IACP on Monday, where he praised police officers' bravery. He spoke at length about the threats police have faced in the past few years.

"An attack on law enforcement is an attack on all Americans," Trump said.

His administration is dedicating millions of dollars to train thousands of new officers and millions more to provide a surplus of military equipment to local police departments.

"We want to protect our police officers," Trump said.