Adam Schiff: We've Learned the Whistleblower Is Willing to Talk to Us 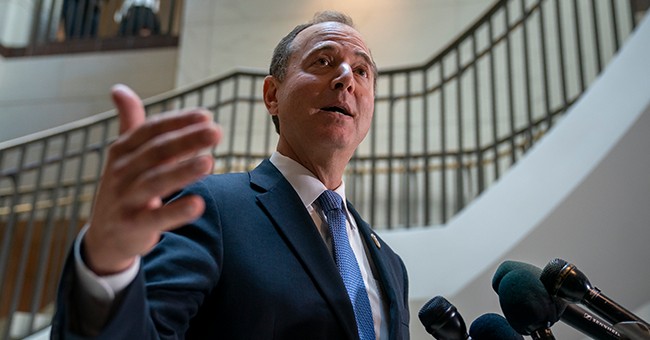 The "whistleblower" who is responsible for the newest wave of impeachment calls against President Trump has reportedly agreed to meet with the House Intelligence Committee, Chairman Adam Schiff (D-CA) revealed on Twitter.

Last week, the mysterious whistleblower claimed that President Trump indirectly threatened Ukrainian President Volodymyr Zelensky that he would withhold United States military aid if he didn't investigate former Vice President Joe Biden's ties to Ukraine. Biden is the Democratic frontrunner in the 2020 presidential election. According to some reports, his son Hunter was paid millions when he was a board member for Ukraine's corrupt Burisma gas company.

The quid pro quo comes in among rumors that Biden pressed for the resignation of Prosecutor Yury Lutsenko in order to protect his son. Trump, according to last week's whistleblower, wanted President Zelensky to promise to investigate the Bidens' scandal. But, the whistleblower admitted to relying on secondhand knowledge. He or she did not hear the conversation with their own ears.

Instead of waiting for more context, Schiff declared the initial complaint to be enough to justify impeachment.

He is not alone. Several other Democrats want to move on impeachment, too. On the House floor today Rep. Elijah Cummings (D-MD) said if they don't move now they'll be betraying democracy. Even House Speaker Nancy Pelosi, who's been at odd with Congress's impeachment brigade, sounds more convinced. We will know for sure when she makes her announcement on the matter at 5 p.m.

Trump announced that he will release the full transcript of his call with Zelensky on Wednesday, confident he did nothing wrong. But Democrats want to see the full whistleblower report, too.