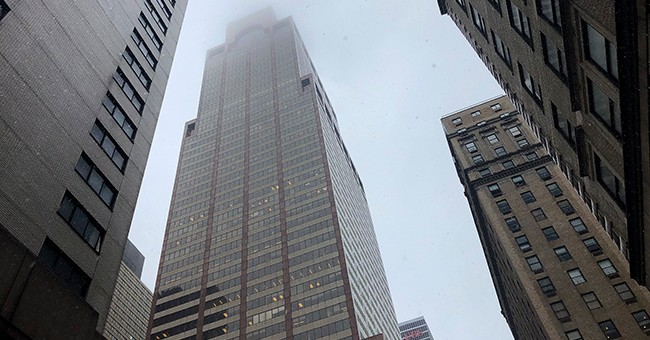 UPDATE: President Trump weighs in on the tragedy.

UPDATE: Gov. Andrew Cuomo noted on Monday how the city is justifiably on edge because of the September 11 attacks.

UPDATE: The helicopter pilot has been killed in the crash.

#FDNY members remain on scene at 787 7th Ave in Manhattan, helicopter crash onto building. The fire has been extinguished. There is currently one fatality reported.

Police are on the scene after a helicopter reportedly crashed while trying to emergency land on a high-rise building in midtown Manhattan. One person is reported injured.

"There was a helicopter hard landing on the roof of 787 7th Avenue in Midtown Manhattan," the NYPD said. "Fire has been extinguished. Please continue to avoid the area."

"Due to FDNY activity, expect road closures and a heavy presence of emergency personnel at 7th Avenue and West 51st Street in Manhattan." https://t.co/kdrUxk2XiK

Many sirens along 6th avenue in Midtown Manhattan headed to what is being reported as a small plane or helicopter crash into or on a nearby building.

This isn't the first helicopter crash in New York in recent memory. Last month, a pilot landed in the Hudson River. He emerged with a minor hand injury.

This is a breaking news story and will be updated accordingly.