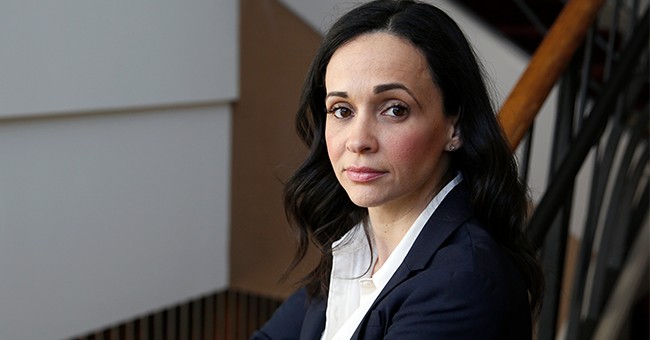 A couple of weeks ago, the California GOP made history - twice - by electing its first woman and its first Latina to serve as their party chair in its 140-year history. Jessica Millan Patterson, a 38-year-old mother of two, is ready for the new responsibility.

I want to express my deepest gratitude for the confidence my fellow delegates have placed in me. Let’s do this! https://t.co/NlA3yiDLoB @CAGOP

The Los Angeles Times editorial board recognized the party's progress in a recent op-ed. The state party did itself a solid, the editors write, because Patterson's "inclusive message is the only thing likely to stop the GOP’s free fall in this famously liberal state."

Patterson defeated two male candidates, former Assemblyman and candidate for governor Travis Allen, and longtime party member Steve Frank, for the title and gained the endorsement of GOP Majority Leader Kevin McCarthy. Though Patterson was considered the most moderate of the field, when it came time to outline her agenda, she assured her fellow Republicans that she'd be taking the fight to Democrats in the state Capitol.

En route to her historic victory, Patterson gave us a preview of how she'd get Republicans back into minority communities.

“We need to get back into communities," Patterson said at a debate. "We need to start engaging people. People are not going to reregister as Republican as long as they think that we are one thing. We need to make them feel comfortable and welcomed into our party. It’s going to be the solution for a lot of our issues.”

With Patterson's promotion, now three women are now the state party's "most prominent leaders." Patterson joins Senate Republican Leader Shannon Grove of Bakersfield and Assembly Republican Leader Marie Waldron of Escondido. It's a fact that the CA GOP did not neglect to mention during this Women's History Month.

ICYMI ?? 3 Women Are Now the California GOP's Most Prominent Leaders

"Those delegates from around the state saw the value in having a woman as the representative of the party going forward for this term," Waldron said.