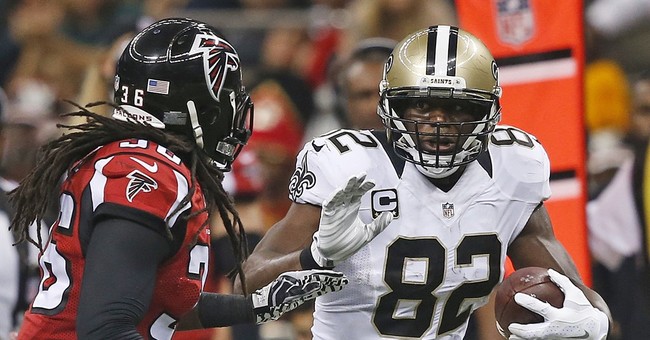 All around good guy Benjamin Watson, who finished out his football career last year with the New Orleans Saints, made a moving donation to a New Orleans pregnancy center. Along with his family, Watson donated an ultrasound machine to the New Orleans-based ministry of Baptist Community Health Services (BCHS) in the fall. They made the gift through the Psalm 139 Project, the Ethics & Religious Liberty Commission's ministry. The dedication ceremony was held on Feb. 10.

Before the ceremony ERLC President Russell Moore said he was "excited to see how this machine will be used as a powerful instrument to help protect unborn children and mothers across the city of New Orleans."

The feeling was mutual.

"We're thankful that God placed us here for this time and made these connections, made these relationships," Watson said. "We're very humbled to play a role."

We already knew Watson had a heart for the unborn. Not only has he spoken boldly about the dignity of life at the March for Life in Washington, D.C., but when necessary he sounds off on radical pro-abortion legislation. Most recently, he condemned New York Gov. Andrew Cuomo's Reproductive Health Act, which permits abortions up to 24 weeks. The state legislature stood and applauded Cuomo's signature, after which they lit the One World Trade Center in pink. Watson spoke for millions of pro-lifers when he declared it will be remembered as one of America's worst days.

By the way, this isn't the first time Watson has stepped in with Psalm 139 Project to help a struggling pregnancy center. Last August, he donated his time and money to save the ultrasound machine at Maryland’s Severna Park Pregnancy Clinic.

"Years ago, after a 3D/4D ultrasound for our first child, we envisioned the day when we would be able to give other families this gift," Watson wrote in a Facebook post at the time. "Seeing life inside the womb not only affirms its beauty and dignity but encourages the mother and father that their child is worth fighting for."