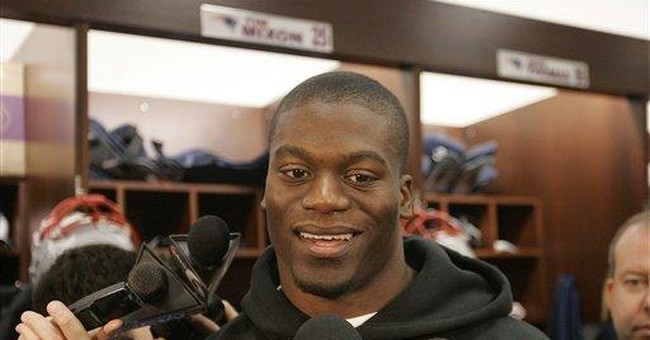 New York Gov. Andrew Cuomo passed one of the most extreme pro-abortion bills in the country on Tuesday. You wouldn't know it from the name. Yet, The Reproductive Health Act, signed by Cuomo on the anniversary of Roe v. Wade, allows a “licensed health care practitioner” to perform an abortion “within 24 weeks from the commencement of pregnancy, or there is an absence of fetal viability, or at any time when necessary to protect a patient's life or health.” In other words, late-term abortion.

When the measure passed, the chamber stood and applauded - a scene that did not go unnoticed by pro-life groups.

This is the sound from the NY Senate chamber after the 38-24 vote to:

- Add abortion to the NY Constitution

Watson has been a vocal pro-life activist for years and is a frequent presence at the annual March for Life. Sometimes he also serves as a speaker. At the 2017 march, the athlete gave some powerful remarks about how important it is that we protect the pre-born.

"The reason why I stand for life is because I believe God created all life," Watson said.

He's not the only one who was horrified by what just transpired in the New York legislature.

Late term abortions now legalized in NY, in which a fully formed ~6lb child is poisoned to death. God forgive us for being a country that celebrates infanticide. https://t.co/9p8S2UXOKa

As a parent of identical girls born in their 2nd trimester at less than 1.5 pounds, I’m especially disgusted by the NYS legislature voting today to allow late term, partial birth abortions up to the end of the 3rd trimester & allowing non doctors to perform abortions. So wrong!

Editor's Note: This piece has been updated to reflect Benjamin Watson's retirement announcement.

Trending Townhall Video
Share this on Facebook
Tweet
With Ian Making Landfall, Hurricane Hunter Details a Hellacious and Lightning-Infested Flight Into the Eye
Matt Vespa
Here's What Biden Will Be Doing as People in Florida Lose Everything to Hurricane Ian
Katie Pavlich