Gillibrand: Yeah I Could Support Tearing Down Existing Walls Too 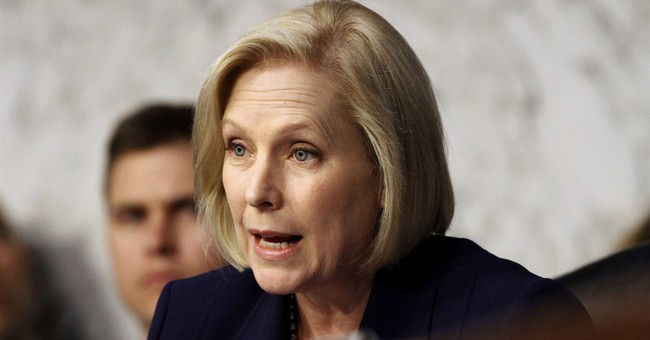 It seems we have yet another 2020 Democratic presidential candidate who not only wants to prevent the construction of a longer wall along the southern border, but would be fine with tearing down existing ones.

When asked by MSNBC anchor Chris Hayes on Thursday, Beto O'Rourke said he'd "absolutely" tear down the current border wall in El Paso. He was also confident that he'd get support from the community. It's an unnecessary and expensive burden, according to the Texas lawmaker, also referring to it as a “perverse” overreaction to the September 11 terror attacks. Terrorism, he explained, is a legitimate concern, but instead of focusing on real solutions the U.S. has decided to "punish people from Mexico at the U.S.-Mexico border."

We were just taking a few moments to let that sink in, until another Democrat came on board the "tear down the border wall" platform. Sen. Kirsten Gillibrand (D-NY) suggested that she could support O'Rourke's idea if it made sense.

When asked about Beto O'Rourke’s call to tear down existing border barriers, Sen. Kirsten Gillibrand (D-NY) tells reporters that “I could support it.” pic.twitter.com/7Hf1V8gOHY

“I’d have to ask folks in that part of the country to see whether the fencing that exists today is helpful or unhelpful,” she began.

She refuses to consider Trump's "medieval style wall" that will "destroy the community and the environment." But, she will at least "look" at O'Rourke's idea.

"If it makes sense I could support it," she said.

KUSI News in San Diego has evidence to contradict O'Rourke's assessment about border fencing. Local reporter Dan Plante told viewers that after speaking with border agents and other members in the community, he found that the wall was "effective." Unsurprisingly, the anchors noted that CNN was not interested in their report.

Then we have New York Post writer Paul Sperry, who penned an op-ed about how the wall works in El Paso. He provided statistics to show that the barrier had resulted in a "remarkable" turnaround on crime.

Rep. Dan Crenshaw (R-TX) also noted that, in his discussions with El Paso residents, he's heard much different sentiments than those shared by O'Rourke.

At least Beto is honest about his open border policy. Most Dems claim to support a secure border while simultaneously undermining it at every turn.

Should also note: El Paso mayor stated “The fence has worked.” Residents have “stated that they felt more secure with the fence.” https://t.co/YbDji8dCHa

It's all coming into focus.