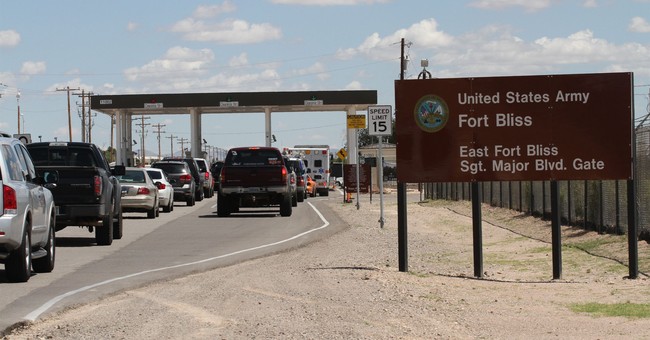 KUSI News reporter Dan Plante's stellar storytelling in San Diego wasn't quite what CNN was looking for last week when they called the local affiliate. They were hoping the station would tell them how ineffective walls are and prove President Trump wrong in his quest for border security, but KUSI had come to the opposite conclusion. According to the border patrol agents they'd talked to, the wall was largely doing its job.

"Knowing this, CNN declined to have us on their programs, which often present the wall as not required," the KUSI anchors explained. "They didn’t like what they heard from us.”

It turns out walls work in San Diego too, according to NY Post opinion writer Paul Sperry. In his latest piece, Sperry explains that since the border fence was built during the Bush administration, drug trafficking and crime have plummeted.

Federal data illustrates just how remarkable the turnaround in crime has been since the fence was built. According to FBI tables, property crimes in El Paso have plunged more than 37 percent to 12,357 from their pre-fence peak of 19,702 a year, while violent crimes have dropped more than 6 percent to 2,682 from a peak of 2,861 a year.

The overall crime rate in El Paso continued to fall last year, prompting city leaders to trumpet the good news in a press release that noted, “Because El Paso is a border town, its low crime rate may surprise you.” (NY Post)

Additionally, the marijuana and cocaine coming in through the city has been "cut in half."

"All told, a legion of empirical evidence supports the idea a southern border wall could, in fact, work," Sperry says as he nears his conclusion.

It's safe to say CNN won't be doing a segment on Sperry's piece either.