Snipes: Anyone Who Requests a Tour Gets One. Chris Cuomo: Um, What About the Governor? 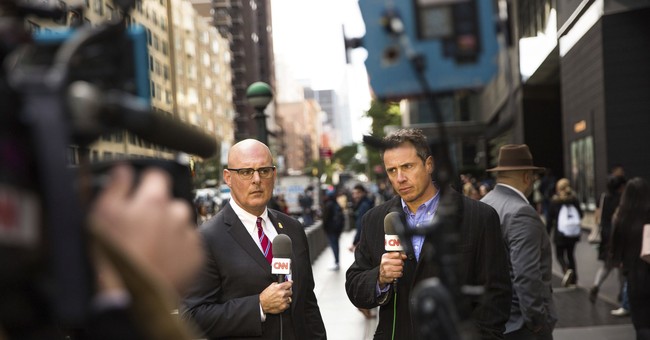 Fresh off his grilling of Democratic lawyer Mitchell Berger, CNN’s Chris Cuomo pressed Broward County Supervisor of Elections Brenda Snipes Tuesday night on her office’s lack of rules and transparency in the wake of the midterm elections. Republicans Rick Scott and Ron DeSantis are ahead in both the gubernatorial and Senate races over Democrats Sen. Bill Nelson and Andrew Gillum, but the tallies fell within the margin to trigger recounts. Snipes and the Broward elections office missed the initial deadline for providing the number of outstanding votes.

What gives, Cuomo wondered, noting that her critics are accusing her of having a partisan agenda.

In her position, Snipes says she has been focused on “treating all the voters in Broward the same.”

“I don’t have a reason to hold anything back,” she said. “I don’t want to give out information that is incomplete.”

As for those allegations that her office is not transparent, Snipes said anyone is welcome to come behind the scenes to see how they’re operating.

Cuomo noted that actually it’s not that easy to get a tour of the facility, considering even Gov. Scott had to go to court to get access to the ballot counting.

“Their goal is to keep mysteriously finding votes until the election turns out the way they want,” Scott charged in the lawsuit.

“We don’t select who we give our information to,” Snipes explained. “We give the information to those persons who have requested it and I believe the public records request says ‘In a timely manner,’ and we attempt to do that. And we try to balance everything. We’re finishing up one of the biggest elections — as I mentioned earlier — for the midterm, so we’re trying to get everything complete. And as far as I know, we had a team working on that.”

Concerns over Snipes’ supervision may soon be moot, as she hinted she may be stepping aside.