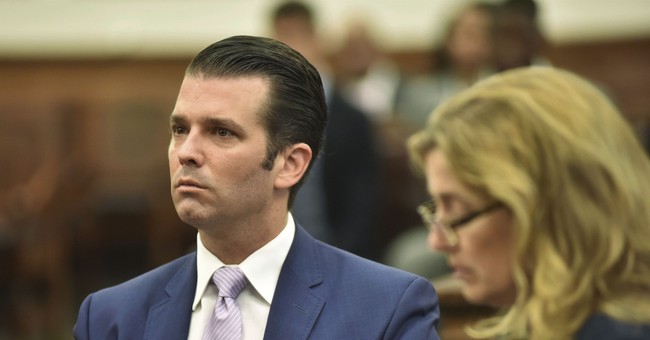 Jim Acosta was one of the several media personalities to lay some blame on President Trump for the terrifying round of domestic terrorism that swept the country Wednesday. Several pipe bombs were sent to the offices of prominent Democrats like Hillary Clinton and former President Obama. Thankfully the FBI was able to intervene and prevent the packages from detonating.

“We have to unify," he said. "We have to come together. Acts or threats of political violence of any kind have no place in the United States of America.”

The president also sounded off on the terror threats at his rally in Wisconsin, but Acosta suggested his omissions spoke louder than his actual words.

"Trump talked about the bombs sent to former public officials at his rally in Wisconsin," Acosta wrote on Twitter. "But once again he didn’t mention CNN. On top of all that he criticized the 'media' for coverage he doesn’t like. And, of course, he took no responsibility for his own rhetoric."

The head of CNN, Jeff Zucker, also singled out the president.

Trump supporters like Sen. Ted Cruz (R-TX) pushed back at CNN's decision to blame the president.

"Look, it’s, the media’s doing what the media does, which is any narrative that they can twist against Trump, they will do so," Cruz told radio host Hugh Hewitt Thursday.

Donald Trump Jr. singled out Acosta, pointing out how he and his network failed to show the same amount of outrage when his family was the target of suspicious substances.

Jim, did you or your colleagues take any responsibility for your rhetoric in constantly calling my family Racists and Nazis for 2 years when my wife actually opened an exploding envelope of white powder intended for me? What about when it happend to my brother? https://t.co/TpMTk17x9W

This past February, Trump Jr.'s then-wife Vanessa received a suspicious envelope at her home in Manhattan. She and two other people, including her mom, were taken to the hospital for decontamination. A year earlier, in March 2016, Eric Trump received a letter with another potentially threatening powder. In both cases the substance turned out to be harmless.

Can we all agree that no one, Republican or Democrat, should have to worry about opening their mail?