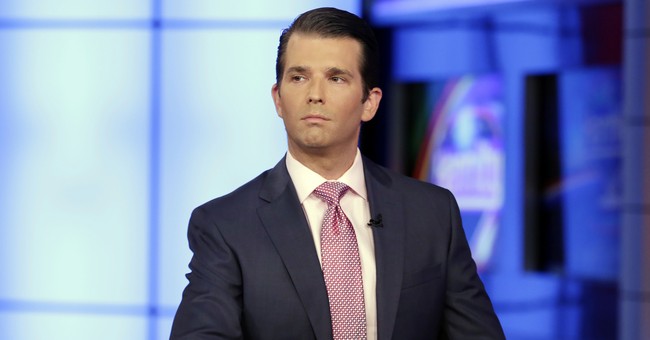 Donald Trump, Jr.'s wife Vanessa has been sent to the hospital for decontamination after opening a letter that contained a mysterious white substance. The decontamination was a precaution and the Secret Service has launched an investigation.

#BREAKING: Letter with unknown white powder sent to @DonaldJTrumpJr and opened by his wife. She and 2 others decontaminated as a precaution, under evaluation at @nyphospital. @NYPD17Pct, @SecretService investigating.

Mrs. Trump opened the letter at 10 a.m. Monday morning at her New York City apartment. Three people were taken to a hospital for observation. As of right now there is no indication that the substance contains hazardous material.

UPDATE: #NYPD spokesman @JPeterDonald said "the substance was deemed to be non-hazardous and is being transported to a lab in New York City for further analysis." https://t.co/8ljwBpQUUG