Ari Fleischer: Why Didn't the Counsel Ask About This Hole in Ford's Story... 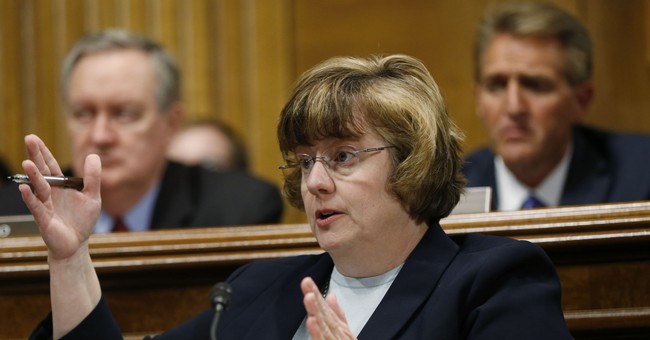 There is a hole in Dr. Christine Blasey Ford's story, or at least a question that needs to be asked. Mollie Hemingway tweeted a question raised by her friend, a lawyer, who wonders why Ford would leave her friend alone in a house with men if she believed those men were dangerous.

The outside counsel Rachel Mitchell, a sex crimes prosecutor, had an opportunity to challenge Ford on this point. So why didn't she, former White House Press Secretary Ari Fleischer wondered.

I had the same reaction. I can’t imagine why Rachel Mitchell did not ask about this. https://t.co/TnST5Puya1

Fleischer wasn't the first one to question Mitchell's line of questioning, or the procedure as a whole. Sen. Ron Johnson (R-WI) admitted it was fairly awkward for Mitchell to ask her questions in five-minute increments. She couldn't really get anywhere with the limited format.

"It’s just chopped up," he regretted. The constant interruptions prevented "a good fact-finding type of exchange."

Furthermore, critics note, her questions were just too dry. The Republican senators who yielded their time to her perhaps could have asked much more challenging questions.

“Rachel Mitchell not only is not laying a glove on her, but, in my view, is actually helping her credibility by the gentility with which these questions are being asked and the open-ended answers that the witness is being permitted to give,” according to Judge Andrew Napolitano.