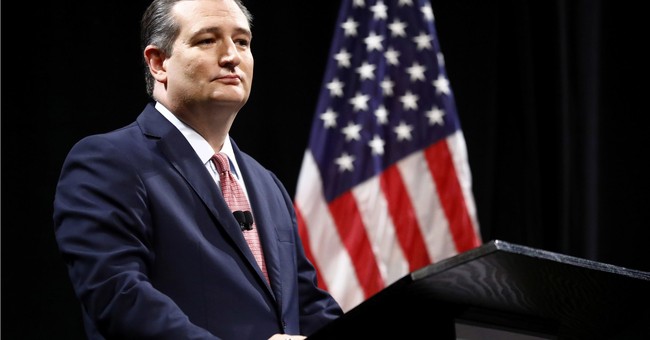 Not right that Senator Cruz and his wife Heidi were surrounded and forced to leave a restaurant last night because of protesters. The Cruz family should be treated with respect.

Another Republican leader could not enjoy a meal out on the town this week because of his political beliefs. Sen. Ted Cruz (TX) and his wife Heidi went out for a meal in Washington, D.C., only to be chased out of the restaurant. It was a scene that's becoming all too familiar these days.

Ted Cruz just got chased out of a DC restaurant pic.twitter.com/i5GE90M7hl

As you can hear in the video, a protester demands to know if Cruz supports Supreme Court nominee Brett Kavanaugh, now that multiple women have accused him of sexual assault.

"There are now three people who have come forward and said Brett Kavanaugh has attacked them," the protester said. "I know that you're close friends, can you talk to him about that?"

"God bless you, ma'am," Cruz responded, before leaving the restaurant.

Asked about her call for activists to "harass" White House employees back in June, Rep. Maxine Waters (D-CA) says she didn't mean violence. But, she recently joked that she threatens Trump staffers "all the time."

I lived in DC for 21 years. There were many contested, emotional battles.

But this is awful. Washington has become a sick town.

Forcing people you don’t like out of restaurants, especially when they’re with their spouse, doesn’t solve any problems. It makes everything worse. https://t.co/Fr52kqlx1D

Sen. Orrin Hatch (R-UT) may have had the most astute observation though.

Chasing a Cuban-American Senator you disagree with out of a restaurant while chanting “fascists not welcome” under the banner of “smash racism” might have just taken us over our irony quota for 2018. https://t.co/datsJcZxMj