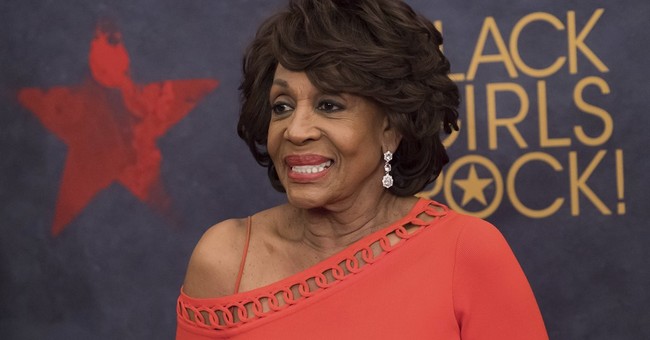 Rep. Maxine Waters (D-CA) recently joked about her now-infamous comments to her supporters earlier this year urging them to harass Trump supporters in public. Over the weekend, she joked that she threatens Trump's constituents and supporters “all the time” but wasn’t doing it “that time.”

"And of course the lying president said that I had threatened all of his constituents. I did not threaten his constituents and supporters. I do that all the time, but I didn't do that that time," she quipped to laughs from the crowd at the Stonewall Young Democratic Club awards event.

"Of course it frightened a lot of people," she acknowledged.

She added that it upset her that people took her remarks as an incitement to violence when she didn’t see them that way.

"What bothered me so much was, they tried to frame that as violence," she said. "That's not violence."

"The poster child for violence is the president of the United States. He's the one who threatens," she claimed. "Don't forget at his rallies, when he said go ahead and beat them up, I'll take them out on a stretcher."

"I do not advocate violence," Waters emphasized. "I do not believe you should hit, kick, shoot."

She said it was important to " tell people the difference between violence and incivility and protesting."

Waters also noted that she is unfazed by the many Democrats who are discouraging impeachment talk ahead of the midterm elections.

“You knock one down, and then we’ll be ready for Pence. We’ll get him, too,” she added.

Waters has called for Trump’s impeachment since the beginning of his presidency and has been heavily criticized by the president on Twitter following her remarks about Trump supporters.