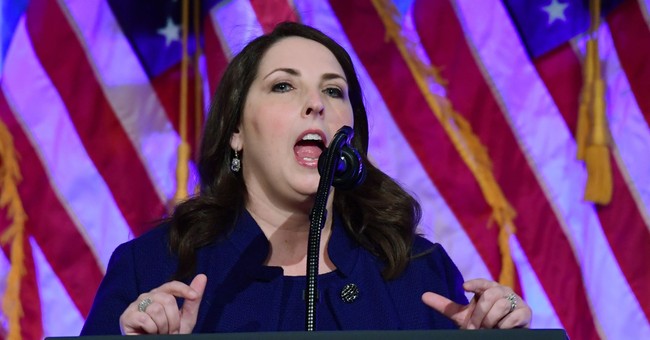 The GOP cannot rely on the Latino vote. The demographic has routinely voted Democratic in recent elections. In 2016, the Pew Research Center found that 64 percent of Hispanics were registered as Democrats. Still, the RNC has not given up in reaching the community.

RNC Chair Ronna Romney McDaniel writes in NBC News how and why the committee is reaching out to the Latino community ahead of the midterm elections. Republicans and Latinos have a long list of shared values, she explains. She has engaged with Hispanics on those issues during what she terms "living room conversations" - like the one she held in Miami in March.

Thanks to all who came out to our event in #Miami today! We’re proud to continue engaging members of the Puerto Rican community on the issues that matter most to them and their families. pic.twitter.com/EXHKQ2dlCa

Past protocol consisted of the RNC showing showing up in Hispanic communities a few months ahead of Election Day. Five years ago, the committee resolved to do things a bit differently. Hosting living room chats is just one way Republican leaders have engaged in a more personal, long term relationship with the Hispanic community.

The RNC works every day to get our message heard. Since President Trump was elected, we have held dozens of events with Hispanic Americans. We have hosted bilingual Republican Leadership Initiative workshops to train Hispanic activists to organize in their neighborhoods. We partner with community leaders to host roundtables and house meetings to discuss issues about which Hispanics care, from school choice and jobs to tax cuts and religious freedom. We have conducted voter registration drives and attended local parades and festivals. We hire from within their communities for grassroots and other field positions at the RNC, including field directors, regional field directors, deputy state directors, state directors and more. Our objective is to meet people where they live, work, study and pray.

In addition to the Latino community, the RNC has been making strides in reaching the Asian Pacific American community, among others.

Under McDaniel's leadership, the RNC has also broke several fundraising records. In 2017, the committee raised $157.7 million, the high for a non-election year.

The DNC, meanwhile, is insolvent.