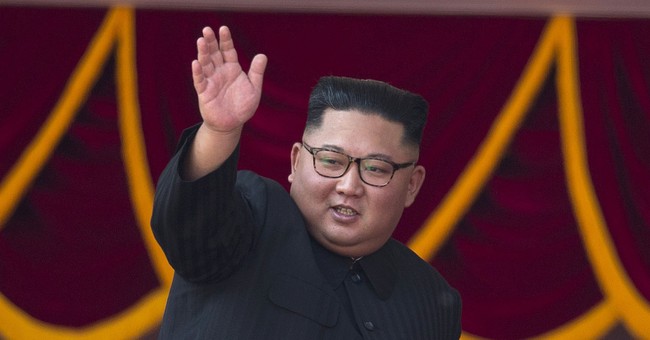 "The primary purpose of the letter was to schedule another meeting with the president, which we are open to and are already in the process of co-ordinating," she said.

In her remarks, Sanders also noted that North Korea's military parade last weekend "for once was not about their nuclear arsenal." The 70th anniversary parade did feature tanks and other weaponry, but it did not include any intercontinental ballistic missiles. It was an omission that did not go unnoticed by Trump.

North Korea has just staged their parade, celebrating 70th anniversary of founding, without the customary display of nuclear missiles. Theme was peace and economic development. “Experts believe that North Korea cut out the nuclear missiles to show President Trump......

...its commitment to denuclearize.” @FoxNews This is a big and very positive statement from North Korea. Thank you To Chairman Kim. We will both prove everyone wrong! There is nothing like good dialogue from two people that like each other! Much better than before I took office.

"We're still waiting for them," he said. "The possibility of another meeting between the two presidents obviously exists, but President Trump can't make the North Koreans walk through the door he's holding open."