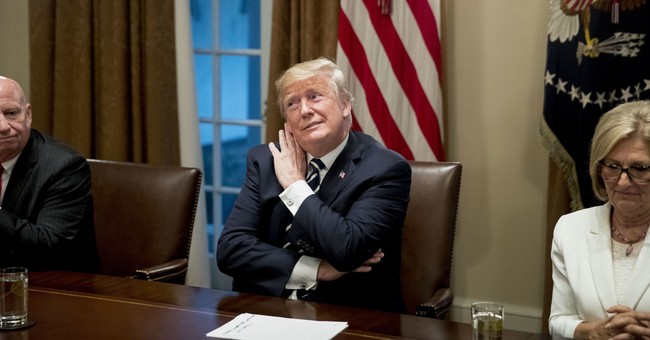 Andrew Oldham was confirmed this week to the Fifth Circuit Court of Appeals. With that, President Trump has now broken a record for the number of confirmed judges by the end of a president's second year in office. Oldham makes it 24. The previous record had been President George H. W. Bush's 22 appeals court judicial confirmations.

"The Senate continues to confirm impressive nominees whom President Trump has asked to serve our country," Senate Majority Leader Mitch McConnell (R-KY) said on Wednesday. "[Oldham] comes highly recommended by colleagues and peers from across the spectrum."

"Given his lack of judicial experience and blatantly political record, litigants who come before Mr. Oldham in court will understandably question whether they are getting an impartial judge," she said in a statement.

Unfortunately for Feinstein and other Democrats, Harry Reid got rid of the 60-vote filibuster rule for district and circuit court nominations back in 2013.

Feinstein was also part of the crew that demanded a religious litmus test for Catholic judicial nominees like Amy Coney Barrett. Feinstein told Barrett that the dogma lived loudly within her and wondered how she could rule impartially. Barrett was eventually confirmed to the 7th circuit. Last year, several Democrats refused to hand in blue slips to the Judiciary Committee, which slowed the appointments of several federal judges.

Trump almost had a 24th appeals court success Thursday, but McConnell withdrew the nomination of Ryan Bounds to the 9th Circuit because of his reportedly racially insensitive writings from his past.