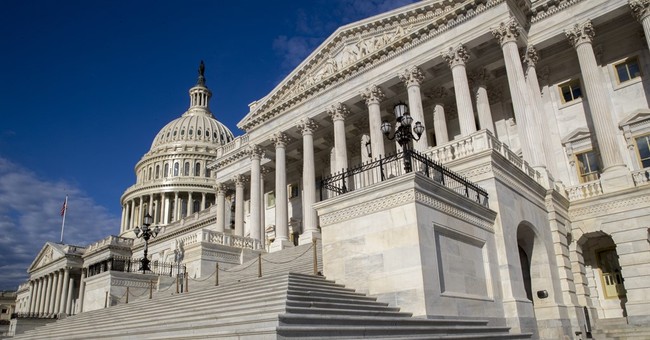 The Democratic Senate has been slow to confirm the federal judicial nominees chosen by the president, withholding "blue slips" from the Judiciary Committee that would allow them to elect judges. The White House Press Office shared a Washington Post briefing of the situation, calling it an “obstruction alert”. The Democrats’ reluctance to submit the slips slows the process of nomination, frustrating the Judiciary Committee.

Ronna McDaniel, chairwoman of the RNC, said, "Senate Democrats are using every weapon in their arsenal to delay President Trump's nominees and ignore the will of the American people."

43 days, THE HIGHEST average time it's taken for the Senate to confirm a @POTUS nominee compared to past admins in recent history. pic.twitter.com/Pi2YDGdhiM

The “blue slip” is a tradition that allows senators to give advice concerning prospective judges from their home states. The two senators write their opinions of that nominee on the slip or withhold it altogether. If both senators object to the appointee, either by writing or withholding, the Judiciary Committee can be blocked from appointing the judicial nominee.

While withholding the slips has slowed down the progress of the majority, it is not strictly required to appoint a judge. According to the Washington Times, Senator Chuck Grassley (R-IA), the Judiciary Committee chairman, might change the practice for the circuit court nominees. In a May interview with The Hill, he said that are "more exceptions to the blue-slip rule," at the circuit court level.

According to an unnamed official of Trump’s administration, the White House has tried to involve senators early on in picking nominees:

“The administration has been seeking consultation from home-state senators for months – even as senators frequently fail to return our calls, don’t respond to our inquiries and otherwise avoid our constant overtures.”

Senators who have not returned the blue slips to the committee include Sens. Bob Casey (D-PA,) Amy Klobuchar (D-MN) and Al Franken (D-MN), as well as Debbie Stabenow (D-MI) and Gary Peters (D-MI).

In an email, Max Steele, spokesman of the Pennsylvania Democratic Party, defended Sen. Casey's unresponsiveness on Third Circuit nominee Stephanos Bibas: "Before launching these absurd attacks, Republicans should get their basic facts straight. Mr. Bibas' paperwork was received by the Senate Judiciary Committee late last night and only forwarded on to Senator Casey's office this morning ..." Steele later writes that the senator "will continue to evaluate candidates as the administration puts their names forward."

The Trump official said of the justices under consideration, “These are consensus picks who would receive unanimous support if offered by any other administration.”