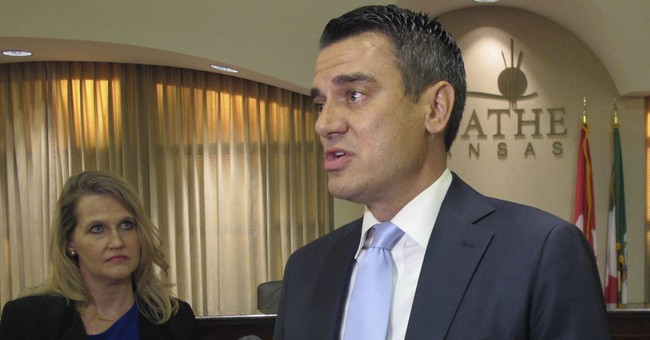 Republican lawmakers met for two hours behind closed doors Thursday on Capitol Hill to discuss a crop of stalled immigration bills. Moderate voices want to force votes on solutions for the Deferred Action for Childhood Arrivals (DACA) program, but House Speaker Paul Ryan has so far resisted those calls. Opposed to the forced vote, known as a discharge petition, Ryan did at least promise to “put pen to paper” on a compromise bill for DACA.

Rep. Kevin Yoder (R-KS) said on Fox News that the two-hour meeting was "productive," with both conservatives and moderates being able to find common ground. They have to because "the American people are counting on Republicans to fix this," he said.

Rep. Jeff Denham (R-CA) agreed the meeting was productive, but insisted they need to act.

“We've had a lot of productive meetings, but ultimately this is about writing a bill that makes sense for the country,” he said.

Denham is a sponsor of the Uniting and Securing America Act, USA Act for short, which charts an "earned" path to citizenship for Dreamers. He also stressed that the bill enforces border security. It's one a few immigration bills that have yet to see a vote.

Democrats are accusing conservatives of holding Speaker Ryan "hostage" over the bills.

Rep. Mark Meadows (R-NC), chairman of the conservative House Freedom Caucus, said there was “a lot of good discussion" on the Hill today, yet "there is no consensus.”

The new deadline on a DACA bill is June 12. It needs 218 Republican votes.