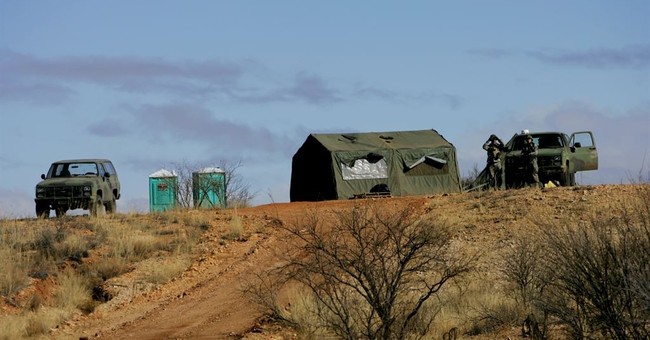 Steven Wagner, the acting assistant secretary for the HHS' Administration for Children and Families, admitted to a Senate subcommittee last month that the agency had lost track of nearly 1,500 minors separated from their families and placed with sponsors at the U.S. border. Rep. Kathleen Rice (D-NY) called out the administration on CNN Monday, demanding the government protect these "defenseless kids."

"There's no reason for this to happen," says Rep. Kathleen Rice of the nearly 1500 immigrant kids who have been lost track of. "We're talking about children here. These are defenseless kids who are fleeing violent circumstances ... and we're losing them" https://t.co/Mb1Dl28KwO pic.twitter.com/sQFbQJpxB5

The New York Democrat suggested that Congress could take immediate action by voting on legislation that would address immigration issues like DACA and a path to citizenship, and border security. Unfortunately, she said, House Speaker Paul Ryan is being held "hostage" by the conservative House Freedom Caucus.

The HHS did not accept blame for the unaccounted minors. In a new statement, the agency explained that once a child is placed in the care of a sponsor, they cease to be in the government's custody.

"When an unaccompanied alien child is placed with a sponsor, he or she ceases to be in the custody of the US government and all HHS-provided subsistence - food, shelter, clothing, healthcare and education - ends at that point and the child becomes the responsibility of his or her parent, guardian or sponsor," according to an Administration for Children and Families spokesman.

"There are many ways to describe the @realDonaldTrump policy of ripping children away from their parents at the border. It violates human rights laws. It is unAmerican. It would shock Jesus. But I think the most appropriate way to describe it is this: The policy is evil," Lieu tweeted.

President Trump, however, says the blame lies with the Democrats. They must act to end the "horrible" policy that separates children from their parents at the border, he tweeted.

Put pressure on the Democrats to end the horrible law that separates children from there parents once they cross the Border into the U.S. Catch and Release, Lottery and Chain must also go with it and we MUST continue building the WALL! DEMOCRATS ARE PROTECTING MS-13 THUGS.

The White House issued another blistering statement about the Democrats' "open borders radicalism" on Monday.

“The cruel and inhumane open borders policies of the Democratic Party are responsible for encouraging mass illegal migration, enabling horrendous child smuggling, and releasing violent MS-13 gang members into American communities," Deputy White House Press Secretary Hogan Gidley said. "Their lawless policies spread human suffering and finance criminal cartels. These Democrat policies lead to the temporary separation of illegal alien families, because they refuse to close border loopholes that prevent those families from being swiftly returned home. Democrat policies also result in the permanent separation of American families— who have to bury loved ones because of the criminals Democrat policies allow in to this country. Sadly, Democrats openly oppose simple fixes to federal law that would stop the illegal migrant crisis and end the magnet for unlawful migration.”