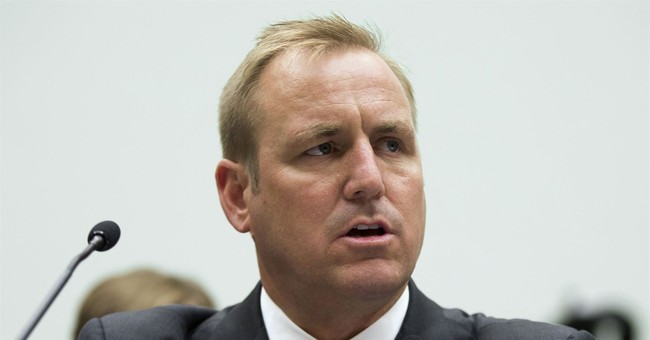 Rep. Jeff Denham (R-CA) wants to see his USA Act reach the House floor for a vote. Short for the Uniting and Securing America Act, the bill would give DACA recipients a path to citizenship.

The USA Act represents a real bipartisan compromise that will provide a permanent legislative solution for Dreamers. Broader than just DACA recipients, the USA Act applies to all Dreamers. With a legally-defined status, these individuals would be able to remain in America while working towards full citizenship. This means they could continue to work, pursue a degree, enlist in our military and otherwise fully plan their lives without the fear that their futures could be destroyed by an administrative decision.

The bipartisan legislation has 50 original co-sponsors, with 25 members from each party. It was introduced in the Senate by Sens. John McCain (R-AZ) and Chris Coons, (D-DE).

In an interview on CNN Tuesday, Denham pushed back at critics who say his bill is blanket amnesty. The USA Act is an "earned" pathway to citizenship, he explained. DACA recipients can still go to school and serve in the military, the latter being "the quickest way" to citizenship.

Of course, the No. 1 thing on conservatives' mind is border security. Denham promised his bill includes provisions to give border patrol agents the tools they need "to achieve operational control of the border by 2020." It also calls for the Department of Homeland Security "to submit a detailed, mile-per-mile assessment of the southern border and make recommendations for which physical barriers, levees or technology will be most successful on each mile and the cost to implement the recommendations."

Denham asked for compassion for Dreamers who only know America as their home, particularly in his state of California, which has the largest population of DACA recipients.

"It's the right thing to do," he said on Tuesday.

Democrats like Rep. Kathleen Rice (D-NY) are fans of Denham's legislation and urge GOP leadership to allow votes on it. However, she lamented that conservatives are holding House Speaker Paul Ryan "hostage" and blocking any consideration of the immigration bills.