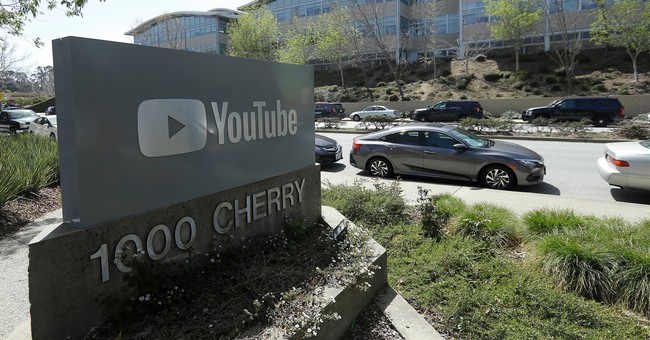 In the middle of her coverage on the shooting at YouTube headquarters in San Bruno, California on Tuesday, MSNBC anchor Nicole Wallace thought she heard a gunshot.

She was ready to interrupt her interview so her viewers could listen in on the live coverage, but it was a false alarm. Someone in the studio was just thirsty.

"I think we just heard some gunshots," she said in the middle of her conversation with her guest Steve Schmidt. "Can we listen to that? Control room? Not gun shots? Okay."

Of course, it is an honest mistake on Wallace's part. But it is another example of our panicked culture in light of yet another shooting in the past month or so. On Valentine's Day, 17 people were slain at Marjory Stoneman Douglas High School in Parkland, Florida. Then, last week at Great Mills High School in Great Mills, Maryland, a young man shot a female student, leaving her with wounds that eventually killed her. The YouTube shooter, Nasim Aghdam, wounded several employees Tuesday when she shot up the headquarters for what appears to be revenge on the company for their censorship policies.

It's no wonder Americans are on edge.

Premature panic is not a new phenomenon. In August 2016, travelers in Terminal 8 in New York's JFK airport were struck with fear after hearing what they thought were gunshots. Multiple accounts suggest the noise was just a crowd of people cheering Olympian Usain Bolt’s 100-meter dash in the Rio Olympics, but when a few people thought otherwise and started running for their lives, others followed suit.

The applause sounded like gunfire, somehow, or to someone; really, it only takes one. According to some reports, one woman screamed that she saw a gun. The cascading effect was easier to figure: When people started running, a man I met later on the tarmac said, they plowed through the metal poles strung throughout the terminal to organize lines, and the metal clacking on the tile floors sounded like gunfire. Because the clacking was caused by the crowd, wherever you were and however far you’d run already, it was always right around you.

So, what I'm saying is, Wallace isn't alone.