Cuomo Now Has a Famous Challenger...And She Announces Candidacy at Perfect Time 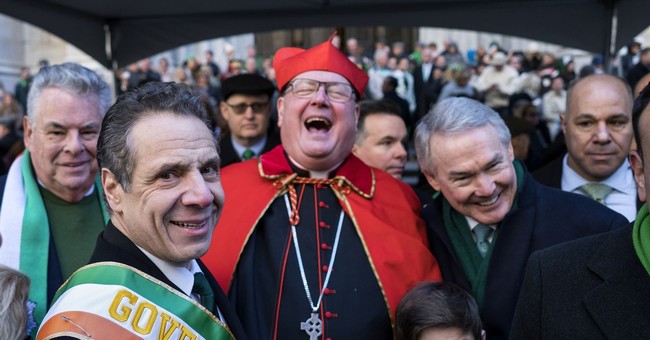 Andrew Cuomo has himself a challenger in New York's race for governor. "Sex and the City" star Cynthia Nixon announced her candidacy on Monday via Twitter.

I love New York, and today I'm announcing my candidacy for governor. Join us: https://t.co/9DwsxWW8xX pic.twitter.com/kYTvx6GZiD

It's being praised as a powerful ad, peppered with powerful lines like this: "We are sick of politicians who care more about headlines and power than they do about us."

Nixon has long toyed with a chance to hold the keys to the Governor's Mansion, but she couldn't have picked a more perfect time to finally put her hat in the ring. Cuomo is currently reeling from corruption charges against his former chief of staff Joseph Percoco, who was convicted last week on three felony counts of bribery and corruption and is now facing up to 20 years in prison.

Cuomo's closeness with Percoco has put a dent in his favorability ratings.

The Siena College poll released Monday shows 57 percent of registered voters give Cuomo a negative rating for his job performance; of those, 25 percent give him the lowest rating, "poor," which ties his worst performance, registered in a fall 2014 poll by Siena.

In terms of the governor's re-election chances, 46 percent of those polled said they want to see “someone else" win.

Nixon is already gaining endorsements from prominent New York progressives like Zephyr Teachout, a Fordham University professor who unsuccessfully ran against Cuomo in the 2014 Democratic primary for governor.

She's a long time education activist who rides the subway every day, opposes the IDC, is fearless and strong, supports single payer, speaks out against big money in politics. She will be a great Governor of our amazing state. https://t.co/Fc1CvKzgyr