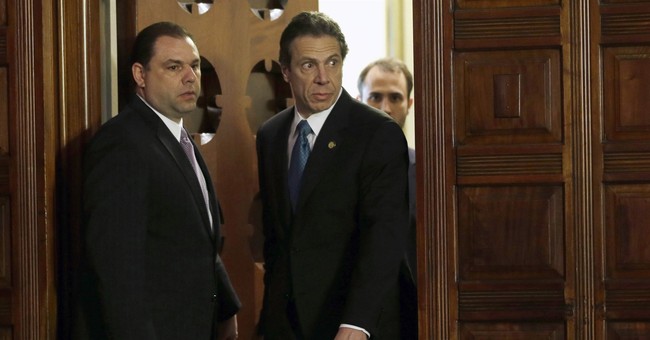 The corruption trial of Joseph Percoco, the former chief of staff of New York Gov. Andrew Cuomo, has come to an end. Percoco was convicted on three felony counts of bribery and corruption and is now facing up to 20 years in prison.

During the trial that lasted a month and a half, prosecutors were able to reveal just how steeped in corruption Percoco was. The Buffalo News has the specifics on Percoco's conviction.

Percoco was convicted of conspiracy to commit honest services fraud, conspiracy to commit honest services wire fraud, and solicitation of bribes and gratuities in connection with a low-show job given to his wife by an energy company with a downstate power plant interest before the Cuomo administration. Percoco got nearly $300,000 in bribes through the scheme. Another $35,000 came his way in 2014 from a Syracuse development firm while he was, for eight months, off the state payroll running Cuomo's re-election campaign.

The prosecutors also focused on Percoco's close relationship with Gov. Cuomo. The pair were apparently so close that Assistant U.S. Attorney Robert Boone stated, "Getting a call from Percoco was like getting a call from the governor himself."

The trial has reflected poorly on Cuomo's leadership and administration. Cuomo is currently running for his third term as New York's governor and has already shown signs that he may jump into the 2020 presidential race.

Percoco's scandal has not gone unnoticed, and it will undoubtedly be capitalized on by Cuomo's future political opponents, whether they be Democrats or Republicans.

Today's conviction of Governor Cuomo's former chief of staff highlights the corrupt practices tolerated as pervasive throughout the Cuomo administration. The political ramifications will continue to be a glaring red flag for voters as he ramps up efforts for a run in 2020.