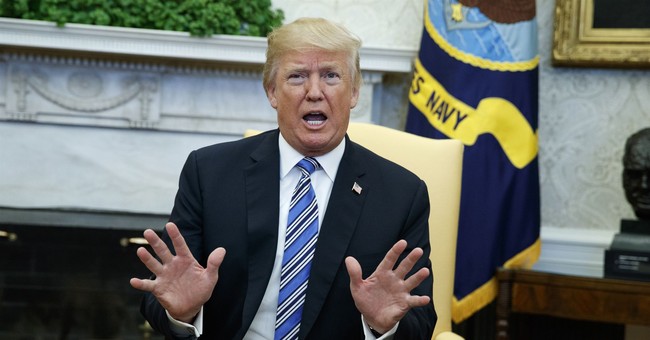 South Korea made a major announcement Thursday that could have a major impact on U.S.-North Korea relations. President Trump has agreed to meet with Kim Jong Un, provided the North Korean dictator agree to denuclearization.

“President Trump appreciated the briefing and said he would meet Kim Jong Un by May to achieve permanent denuclearization” South Korean National Security Adviser Chung Eui-yong said outside of the White House.

Trump confirmed the news soon after the press conference, although he noted he is taking a cautious approach to the talks.

Erin Burnett moderated the CNN panel tasked with immediately analyzing the news. At one point, Burnett made a stunning admission. Should Trump "solve" the North Korea problem, he will be going down as a great president.

"There's no getting around that," she said.

Erin Burnett on CNN: If Trump solves the North Korea problem he "would be going down as a great president, and there's no getting around that." pic.twitter.com/cATtTfaFFh

RNC Spokeswoman Kayleigh McEnany noticed that a few other networks that are normally combative with the administration offered similar praise for the president.

.@POTUS praised on North Korea:
- @CNN @ErinBurnett: "If Pres Trump can solve this problem that would be going down as a great President”
- @MSNBC @HallieJackson: "remarkable evening... This is a big deal"
- @FoxNews @johnrobertsFox: "difficult to overstate the historic nature"

A meeting with the North Korean leader may have seemed out of the question last year, when Trump was routinely referring to him as "Rocket Man." At the UN General Assembly in September, Trump warned Kim Jong Un that the U.S. will not hesitate to respond to his country's continued aggression.