BREAKING: Trump Agrees to Meet With Kim Jong Un By May 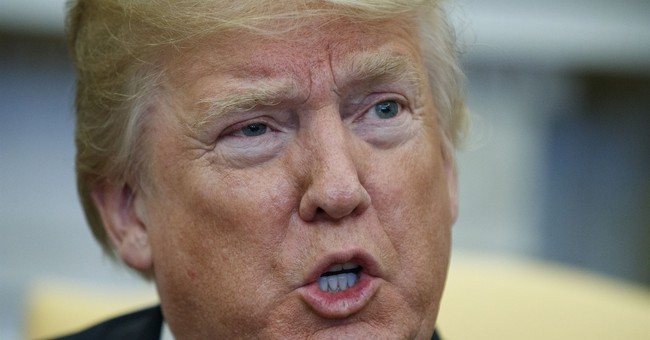 Chung, who said Kim understood joint military exercises between the United States and South Korea will continue, credited Trump with the diplomatic development.

"He (Kim) pledged that North Korea will refrain from any further nuclear missile tests," he said, adding that Trump's "leadership" and "maximum pressure" brought us "to this juncture."

White House Press Secretary Sarah Huckabee Sanders said Trump "will accept the invitation to meet with Kim Jong Un at a place and time to be determined."

"We look forward to the denuclearization of North Korea. In the meantime, all sanctions and maximum pressure must remain," she added.

The announcement comes after Chung led a South Korean delegation to Pyongyang earlier this week to meet with Kim, the first time since he took power in 2011.

On Tuesday, Chung said North Korea expressed its willingness to give up nuclear weapons and even holding talks with the United States.

"The North side clearly affirmed its commitment to the denuclearization of the Korean Peninsula and said it would have no reason to possess nuclear weapons should the safety of its regime be guaranteed and military threats against North Korea removed," he said.

Trump was cautiously optimistic about the message, writing on Twitter: "Possible progress being made in talks with North Korea. For the first time in many years, a serious effort is being made by all parties concerned. The World is watching and waiting! May be false hope, but the U.S. is ready to go hard in either direction!"