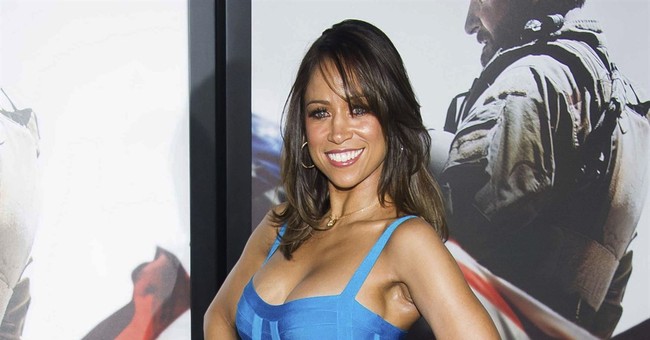 Dash became famous for her hilarious role as Dionne in "Clueless" in 1995, where she played the best friend of Alicia Silverstone's Cher. Years later, she burst into the conservative movement, speaking out against President Obama's policies. She worked as a Fox News contributor from 2013 to 2016.

In a sit down interview with Townhall in 2016 about her new book "There Goes My Social Life: From Clueless to Conservative," Ms. Dash explained how she had been ostracized by Hollywood for her conservative ideology. She seemed to have no regrets.

Earlier this month, Dash asked for her supporters' thoughts on whether she should pursue a political career.

A number of people online and off have suggested I run for political office. I wanted to see what my online community thinks of this idea as I mull the possibilities. Thoughts? pic.twitter.com/L71fF0NnXR

Share this on Facebook
Tweet
Project Veritas Video Shows CNN Staffer Revealing How Network Manipulates Guests
Leah Barkoukis
Brace Yourselves, Black Reparations Is About to be a Debate Topic on the Hill
Matt Vespa
Uh Oh: Democrats are Bleeding Support with One of Their Key Voting Blocs
Matt Vespa
Former CNN Producer Rips into Media for Trying to Have It Both Ways on COVID Vaccine
Matt Vespa
House Democrats Try for DC Statehood (Again) Without First Checking Constitution
Spencer Brown
Fauci's Response to Tucker Carlson on COVID Vaccines Is Appalling in its Lack of Self-Awareness
Matt Vespa
CARTOONS | Tom Stiglich
View Cartoon
Most Popular