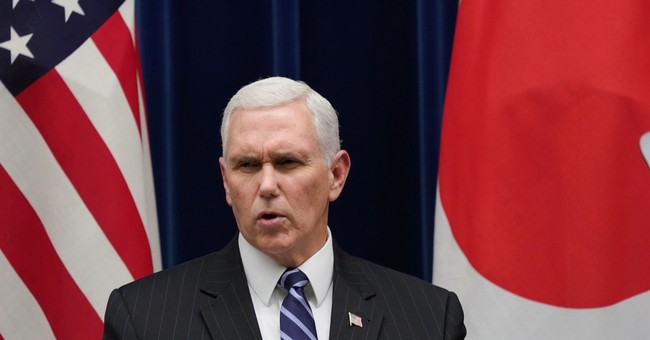 Vice President Mike Pence is a stalwart in the conservative movement. Yet, his older brother Greg Pence, running for Indiana’s 6th Congressional District seat in the U.S. House of Representatives, the same seat his brother once held, is being called part of "the swamp" by his challenger Jonathan Lamb.

“It’s time to drain the swamp, yet here we are, the vice president’s brother is running for the 6th District,” Lamb said in a radio interview with WIBC 93.1 FM this week. “I’m glad to have a Hoosier steps away from the White House, but Greg is no Mike."

Pence, Lamb added, is "running on nepotism" and clearly has "swamp fever.”

Lamb, a Republican businessman, is targeting Pence's establishment connections. While Pence received nearly $90,000 from PACs, Lamb has been largely self-funding his campaign.

“I am not running because I come from a political family with ties to Washington D.C. or because I have deep-pocketed special interest money backing and funding my campaign,” Lamb said in statement Thursday.  “I am running to make a difference for my children and all Hoosiers.”

He continued to hammer Pence on his Washington ties.

“I didn’t have the luxury of having a multi-million business handed to me, or having a brother in high levels of government to help me get ahead," Lamb said. "My wife and I had to venture out to find jobs and start our first companies before we returned to our hometown to grow our businesses and raise our family in the same place we were raised.”

As for Pence, he has embraced his White House connections.

“The president of the United States (Donald Trump) along with my (younger) brother (Vice President Mike Pence) have inspired the heck out of me for what I think they’re going to do for the middle class and for the U.S. economy, and help people in this country,” said Pence, 61. “So, I went, ‘Sign me up; send me in, coach.’ Just like when I joined the Marine Corps. That’s my passion in this.”

Lamb challenged Pence to a debate, which WIBC 93.1 FM offered to moderate.