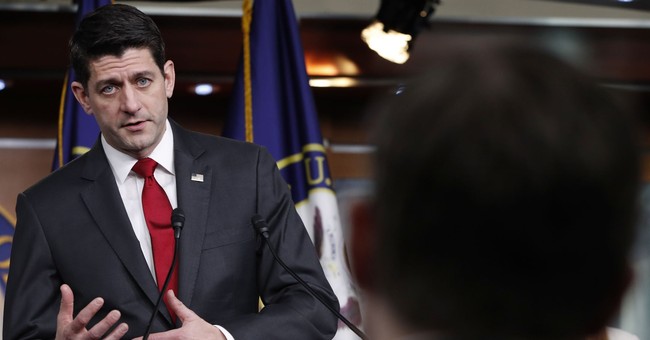 The congressional budget deal reached in the early hours of the morning did not include protections for "Dreamers," illegal immigrants who were brought to the U.S. as children. Democrats like Nancy Pelosi demanded that they solve the issue before moving forward on a spending deal, but leadership proceeded with the vote anyway.

Still, as Congress was stuck on Capitol Hill, House Speaker Paul Ryan assured his colleagues that a Deferred Action for Childhood Arrivals fix is next on the list.

Once the budget is behind them, Ryan said, "we will focus on bringing that debate to this floor in finding a solution."

But, Congress could not keep "holding the military hostage." The speaker commended his colleagues for doing right by our troops.

The vote did not go off without a government shutdown-sized hitch. Sen. Rand Paul (R-KY) caused a vote delay because he wanted a vote on an amendment to keep budget caps in place. As a conservative, he could not "in good faith" support a bill that would increase the deficit. So, as a result, they missed the deadline and the government was closed for 8 hours - the shortest shutdown in history.

President Trump signed the budget deal Friday morning. He said it was "fortunate" DACA was not included in the budget bill, and that now is the time to start negotiations.