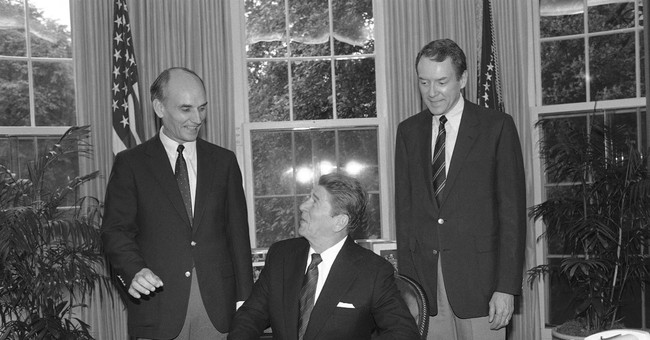 During the Q&A session with President Trump's physician Rear Adm. Ronny Jackson during a White House press briefing this week, the press spent nearly an hour expressing their skepticism over the president's clean bill of health. Jackson had conducted a physical with the president last week at Walter Reed Medical Center that proved Trump was fit for office.

Still, the media was determined to try and prove that Trump either had heart disease or some serious mental condition.

At one point, Jackson was asked about President Ronald Reagan's fitness when he was in office.

His answer was not received well by The Ronald Reagan Presidential Foundation.

The Ronald Reagan Presidential Foundation and Institute is not pleased with speculation from yesterday's briefing with the White House doctor that Reagan may have had Alzheimer's while in office. pic.twitter.com/pPnhz2fDrt

Author Craig Shirley, who has written biographies about Reagan, was similarly frustrated.

“A thousand people have testified to Reagan’s superior intellectual abilities — staff, reporters, doctors, etc — even at the end of his presidency," he said. "There was no evidence because it did not exist.”

Shirley and the Reagan Foundation Executive Director John Heubusch expanded in an op-ed last week, noting that these rumors do a "disservice to our 40th president — and history itself.”

Trump is just as adamantly pushing back at rumors about his own health. Asked about his exercise routines, he told the press he walks and that he's not going to run his body into the ground as some fitness obsessed folks do.