CNN Is at it Again With the Trolling Chyrons 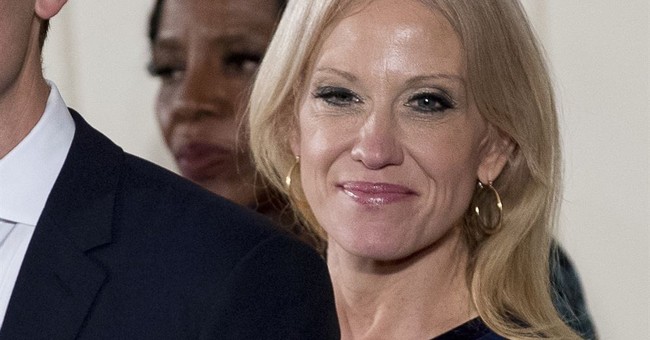 "We don't care about her," she said. "Nobody here talks about Hillary Clinton, I promise you."

During CNN's 9:00 hour Thursday morning, anchor John Berman replayed the Conway sound bite, with an editorialized chyron at the bottom of the screen.

Berman also played several clips of Trump mocking Clinton at rallies and press conferences and quoted a number of Trump's tweets in which he mentioned Hillary. He also played a clip of Conway mocking Clinton in November, noting that she was working in the White House and Hillary wasn't.

Are they obsessed with her? Berman asked CNN analyst Michael Shear. Shear nodded, musing that the administration feels the need to talk about Clinton in order to legitimize their win.

"It's pretty clear that a lot of mental energy at this White House is spent thinking about that race," he said.

This segment was followed by talk of Trump's physical fitness and diet and supposed lack of knowledge of his own policies.

"Does anybody know what the president wants?" Berman asked.

CNN has not hidden its disdain for President Trump and his associates for the last several months. The network has had plenty to say via sarcastic chyrons and parentheses.

"Trump: I Don’t Support WikiLeaks (He Loved it in 2016)" is just one subtle example.