At the Break of Dawn, ICE Inspected Dozens of 7-Eleven Stores 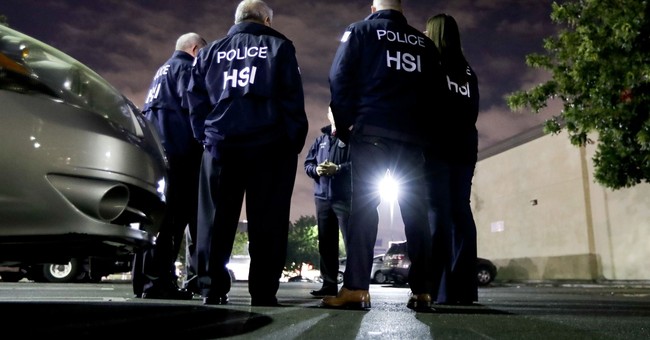 Immigration and Customs Enforcement targeted dozens of 7-11 stores across the country with inspection notices and interviews. The operation occurred before dawn Wednesday.

BREAKING: ICE says immigration agents serve notices of inspection and conduct interviews with employees and managers at 98 7-Eleven franchise stores across the US today - @NBCPolitics pic.twitter.com/6TfQzknH5D

ICE official Derek Benner said this effort will be “the first of many” employment audits and investigations to come.

"This is what we're gearing up for this year and what you're going to see more and more of is these large-scale compliance inspections, just for starters. From there, we will look at whether these cases warrant an administrative posture or criminal investigation," said Benner, acting head of ICE's Homeland Security Investigations, which oversees cases against employers.

"It's not going to be limited to large companies or any particular industry, big medium and small," he said. "It's going to be inclusive of everything that we see out there."

The 7-Eleven investigation began with a 4-year-old case against a franchisee on New York's Long Island, the Associated Press explains.

President Trump hosted a bipartisan discussion on immigration reform Tuesday at the White House. He touted how under his administration, fewer people are trying to illegally cross the U.S.-Mexico border. It ticked up again in November, but the White House noted how overall it is down significantly over the past year.

Trump at one point nearly conceded to Democratic Sen. Dianne Feinstein's (CA) plan to vote on a "clean" DACA bill, before Republicans reminded him that that would mean he wouldn't get the added border security he wants. Later in the meeting, Trump doubled down on his demands for a border wall.