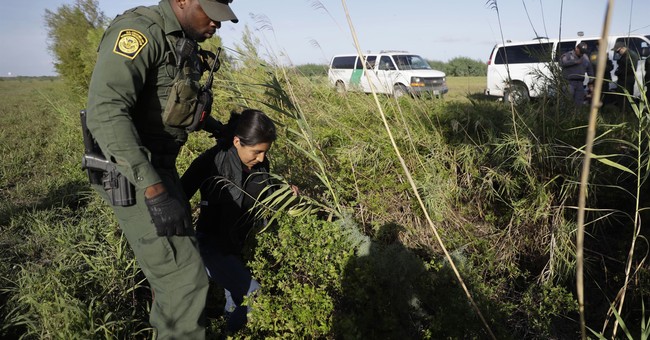 Illegal immigration along the U.S.-Mexico border is back to Obama-era levels.

According to U.S. Customs and Border Patrol data released Friday, 39,006 illegal immigrants were detained trying to cross the border in November. This is up 12 percent from October, and more than double the monthly numbers for March and April.

These figures include a dramatic rise in both the number of families attempting to cross together (45 percent) as well as unaccompanied minors (26 percent).

The number of arrests in November is the highest number since late 2016, under former President Obama, and the most apprehensions since President Trump took office.

Last month, The Associated Press reported that deportation arrests have surged in the last fiscal year.

The Trump administration’s immigration crackdown has been a focal point for Attorney General Jeff Sessions, and Trump continues to push for a border wall along the U.S.-Mexico border. (The Hill)

Homeland Security stressed the importance of looking at the bigger picture during the last year.

"But we need Congress to act immediately to close immigration loopholes, fund the border wall, terminate outdated visa programs and provide the necessary tools for DHS officials to carry out their mission,” he added.