California AG: What Is the Trump Admin Hiding About its Decision to End DACA? 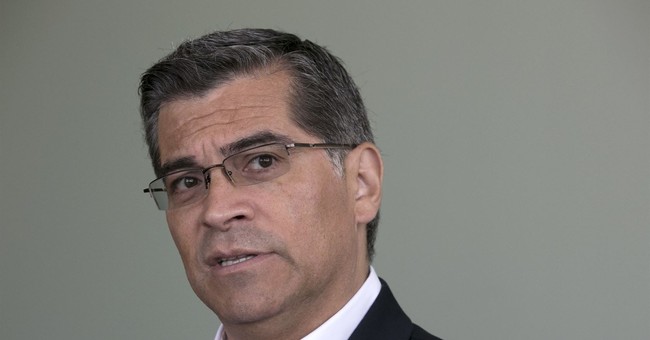 California Attorney General Xavier Becerra has led the quest for Trump administration documents relating to its decision to end the Deferred Action for Childhood Arrivals program, which delays deportation for minors whose parents brought them to the United States illegally.

President Obama introduced DACA in June 2012. It was a controversial move that many on the other side of the aisle said was an overuse of executive authority. Trump announced plans to end the program this past fall, citing those same constitutional concerns.

Still, Becerra seems to suspect the administration is guilty of wrongdoing in terms of its own immigration policies. He has filed a Freedom of Information Act request, arguing that refusing to honor it is "an absolute abuse of power and discretion."  The attorney general brought his demands to the National Press Club in Washington, D.C. Wednesday.

"What is this administration trying to hide when it doesn’t want to reveal to us the basis of their decision to try to deny 200,000 DACA Dreamers in California the chance to remain?"

Becerra admiringly described DACA participants who are loudly demanding an extension of their time in this country as “tough." He said they have been emboldened enough to even shout him down. "That's the American way," he said, adding, "I believe the DACA Dreamers are here to stay."

He also called them "badass," according to the Daily Caller.

Some lawmakers have urged Trump to reconsider DACA because reversing the policy would harm young people who are in the U.S. through no fault of their own. For some, it's the only home they know.

Obama said Trump's decision to rescind DACA is downright "cruel." Yet, Trump did enforce a six-month delay, giving Congress a chance to try and make the program lawful.