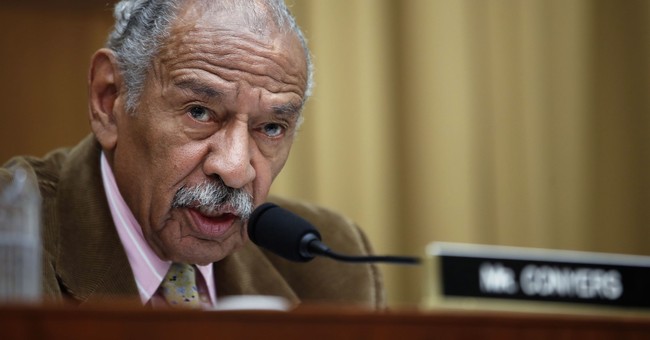 House Minority Leader Nancy Pelosi is facing criticism Monday for her weak response to the sexual allegations against Rep. John Conyers (D-MI). Instead of calling for his resignation and condemning his alleged behavior, she cast doubt on the accusations and touted him as an "icon."

Democratic strategist Hillary Rosen, in an interview on CNN, said Pelosi should have been “stronger” in her response to the Conyers scandal. Rosen has known and cared for Conyers for 35 years, but the charges against him are much more serious than those against Sen. Al Franken (D-MN), who is accused of groping and kissing a woman against her will on a 2006 USO tour. There were pictures to prove the first accusation.

Pelosi should have been more "aggressive" in her response to the Conyers allegations, Rosen admitted. Yet, she can understand why Pelosi held back. Rosen commended Coneyrs for stepping away from the House Judiciary Committee because "he recognized he was putting his colleagues in a difficult position."

Angela Rye, the former Executive Director and General Counsel for the Congressional Black Caucus, was extremely frustrated during the interview and disagreed with Rosen’s assessment. Rye shared her opinion that Pelosi and the Democratic leadership should back off of Conyers or at least give him the same courtesy they are apparently giving Franken. Where are the calls for Franken to resign, she asked.

“It’s unfortunate we see the hypocrisy in the Democratic Party,” Rye said.

She then criticized the “nonexistent investigations” into the Franken matter despite literal photo evidence, chalking it up to “political expediency.”

As former CBC director, Rye said she called their senior ranking members getting targeted in “very strange ways.” Four of the six ethics probes during her tenure, she noted, were targeting African American members.

“Are you going to tell me that black members are more unethical than white members?” Rye demanded.

Rosen tried to respond to note she too thinks Franken should resign, but Rye stopped her, saying “I’m not finished.”

Rye noted that she wasn’t saying she didn’t believe Conyers’s accuser, but the Democratic Party "needs to look in the mirror and treat these situations fairly."