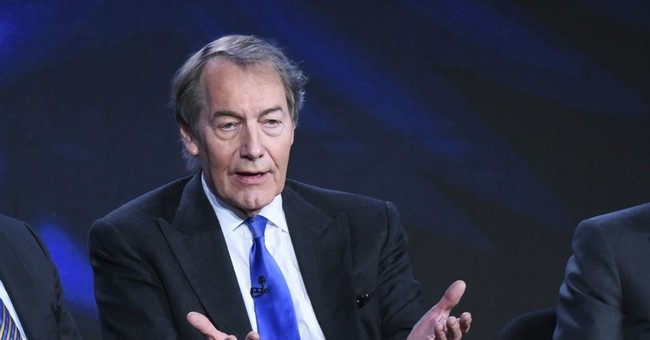 CBS correspondent Charlie Rose has been fired by the network after sexual harassment allegations surfaced Monday. A dozen women, ranging in age from 21 to 37, came forward to accuse the journalist of unwanted sexual advances during his PBS show, "Charlie Rose," which aired from the late 1990s to 2011.

Rose's CBS "This Morning" co-anchors Gayle King and Norah O'Donnell have had a difficult time absorbing the information. On the program Monday, they told viewers they got little sleep and were "deeply affected" by the disturbing news about their friend.

"There is no excuse for this alleged behavior," O'Donnell said.

King agreed, noting that Rose doesn't get a pass.

We begin this morning with news affecting all of us at this broadcast and this network. @CBSNews has suspended our co-host @CharlieRose over allegations of sexual misconduct. https://t.co/XAuPjnxSzW pic.twitter.com/zyoJ4zZgEP

"I've held [Charlie] in such high regard and I'm really struggling because how do you -- what do you say when someone that you deeply care about has done something that is so horrible?" she continued. "How do you wrap your brain around that? I'm really grappling with that. That said, Charlie does not get a pass here. He doesn't get a pass from anyone in this room."