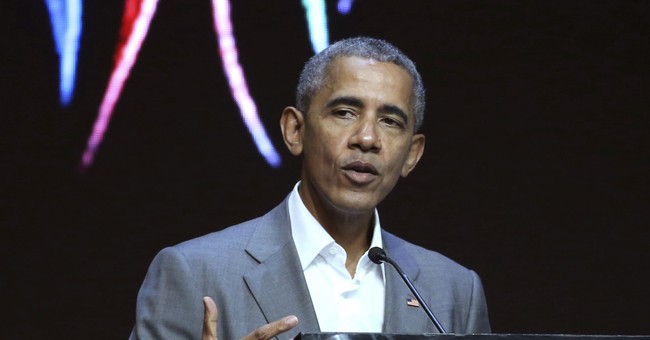 A few hours after Hillary Clinton (finally) released a statement on the Harvey Weinstein scandal, President Obama has offered his own.

Obama: "Any man who demeans and degrades women in such fashion needs to be condemned & held accountable, regardless of wealth or status" pic.twitter.com/Htw4WXlBZO

The 44th president was criticized for waiting five days since the bombshell New York Times report came out before condemning Weinstein and his history of paying off settlements with women who accused him of sexual assault. Anchors like CNN's Dana Bash were wondering aloud, where is the former president?

Since the Times report was published, Weinstein has been condemned by several Hollywood actors and has lost his job at The Weinstein Company. Malia Obama interned at the company earlier this year.

Obama's and Clinton's condemnations are obviously welcome, but critics were quick to note that the latter failed to address whether she intends on returning the campaign donations she received from Weinstein. He even held a fundraiser for her during last year's presidential election.