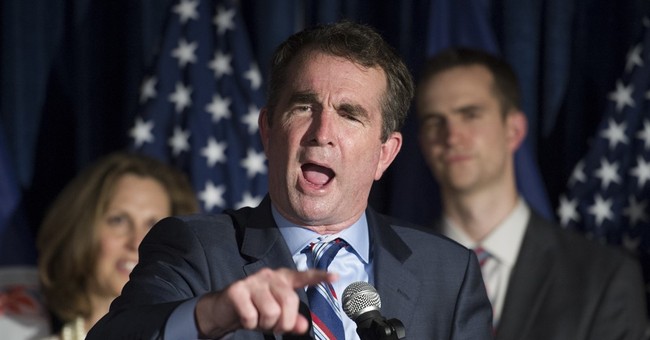 President Trump used Twitter to weigh in on the Virginia gubernatorial race Thursday. Unsurprisingly, he endorsed Republican Ed Gillespie, but not before he tied Democratic candidate Lt. Gov. Ralph Northam to the violent gang MS-13.

Gillespie got this attack line going last month (although not quite so direct), when his campaign released an ad campaign reminding voters that Northam voted to kill a bill in January that would have banned sanctuary cities in Virginia.

We all know how the Trump administration feels about sanctuary cities. Under the president, the U.S. Immigration and Customs Enforcement engaged in a public shaming by producing a list of counties believed to be harboring illegal immigrants. Meanwhile, Attorney General Jeff Sessions warned any jurisdiction considering sanctuary city status that they can forget about federal grants.

Trump's endorsement may end up hurting rather than helping Gillespie, considering 6 in 10 Virginians disapprove of the president's job performance. The president may be adding his two cents in the Virginia race now because the latest polls have Northam ahead by double digits. Or, perhaps it's a late reaction to Northam having once called him a "narcissistic maniac."

Regardless of the intent, the Democrat supposedly saw it coming.