EPA's Pruitt: OK, Let's Have a Debate on Climate Change 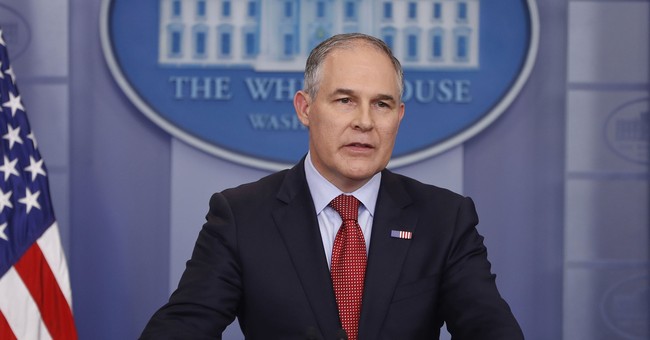 Liberals and environmentalists were opposed to Scott Pruitt's nomination as EPA administrator from the start for his supposed climate change skepticism. Sen. Bernie Sanders (I-VT) was one of many critics to publicly oppose him.

Trump's nominee to lead EPA, Scott Pruitt, is a climate denier who's worked closely with the fossil fuel industry. That's sad and dangerous.

Pruitt appeared to give environmentalists some ground in an appearance on Fox News Tuesday, noting that humans do contribute to climate change. He stopped short, however, of saying we are to blame for every natural disaster.

"We know the climate's always changing. We know that humans contribute to it in some way," he said on Fox News.

"To what degree, to measure that with precision is very difficult, but we don't know is, are we in a situation where it's an existential threat."

To help answer those questions, Pruitt suggested holding a debate.

"The American people deserve that type of objective, transparent discussion."

The Trump administration was most recently skewered by environmental groups for their decision to withdraw the U.S. from the Paris Climate Accords. In his announcement, Trump argued that too many jobs were at stake. The president appeared to walk it back over the weekend, but his staff has been telling the media they are still committed to leaving the agreement.

"Consistent with the president's announcement in June, we are withdrawing from the Paris Agreement unless we can reengage on terms more favorable to the United States," White House officials said Monday.