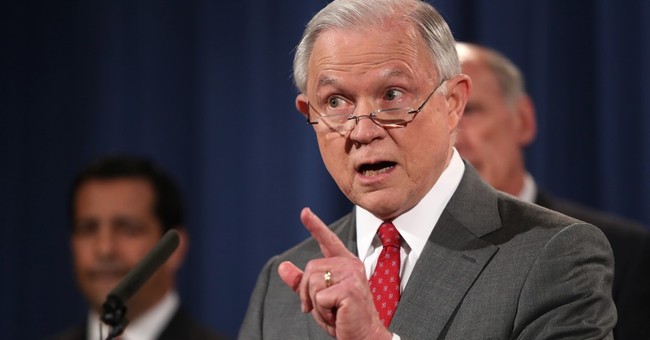 Attorney General Jeff Sessions is reportedly considering putting the National Security Council staff through lie detector tests. In particular, he wants staffers to be grilled about what they know about the leaked transcripts of President Trump's phone calls with foreign leaders.

Axios has the scoop.

Sessions' idea is to do a one-time, one-issue, polygraph test of everyone on the NSC staff. Interrogators would sit down with every single NSC staffer (there's more than 100 of them), and ask them, individually, what they know about the leaks of transcripts of the president's phone calls with foreign leaders. Sessions suspects those leaks came from within the NSC, and thinks that a polygraph test — at the very least — would scare them out of leaking again.

Sessions has told associates he likes the idea of targeting the foreign leader phone calls because there's a small enough universe of people who would have had access to these transcripts. Also, the idea that the President of the United States can't have private conversations with foreign leaders was a bridge too far, even for Democrats.

Trump's tense conversation with Australian Prime Minister Malcolm Turnbull over an asylum seeking deal got into the media's hands in January, to the president's chagrin. The Atlantic's David Frum penned a piece on how leakers seeking to undermine Trump are actually placing national security in jeopardy. Keep these conversations confidential, he wrote.

Sessions is ramping up the pressure on national security staffers after President Trump publicly called him out for not adequately cracking down on the leaks. A few days after Trump called him "beleaguered," Sessions made a strong announcement that leakers would be brought to justice.