Dick Durbin Criticizes Bannon for Misinterpreting Gospel...Catholics Say He Did Too 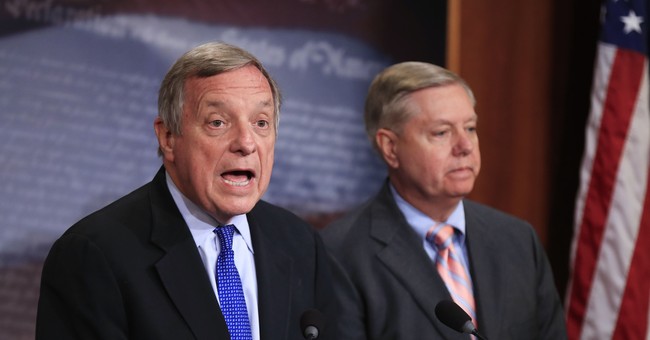 Former White House Chief Strategist Stephen Bannon questioned the Catholic Church's stance on illegal immigration. In an interview with "60 Minutes," he accused church leaders of defending the Deferred Action for Childhood Arrivals program because they want to fill their pews with illegals.

They have an "economic interest" in it, Bannon matter-of-factly said.

Pushing back at Bannon's remarks, Durbin said he was "proud" of how churches have stood up and defended DACA as the moral thing to do. He charged Bannon with misinterpreting Scripture. The DACA program, he said, is a "reflection" of what the gospel says - the idea of "accepting the stranger."

However, Durbin was guilty of some controversial comments of his own about the Catholic Church a few hours after that "Morning Joe" appearance - comments which many Catholics would argue is an egregious misinterpretation of the gospel.

At the Senate Judiciary Committee hearing for appeals court nominee Amy Coney Barrett, Durbin had a leading role in the interrogation of Barrett's faith.

"Are you an orthodox Catholic?" Durbin dared to ask her, clearly concerned that her pro-life views would have an influence on her rulings.

Questioning Barrett's faith may seem inappropriate, but it's not beyond senators like Durbin and Dianne Feinstein (D-CA), who grilled now Supreme Court Justice Neil Gorsuch about his religious views on abortion just as profusely. Yet, Feinstein and Durbin's offices have responded to the criticism of their line of questioning, arguing that Barrett's former speeches justify their inquiries.

Second, while many Catholics appear to be breaking with the anti-abortion agenda, it is still the required church teaching.