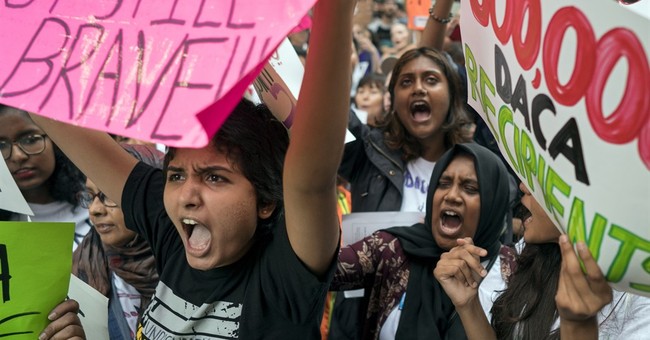 UPDATE: At Thursday's White House press briefing, Press Secretary Sarah Huckabee Sanders said the administration has not yet made a final decision on DACA.

President Trump is ending the Deferred Action for Childhood Arrivals (DACA) program, Fox News has learned from a senior White House official. The initiative, enforced under President Obama, does not provide legal status, but it would allow certain illegal immigrants who came to the U.S. as minors protection from immediate deportation.

Individuals must also have a high school diploma, GED certification, been honorably discharged from the military or still be in school. Recipients cannot have a criminal record.

The program covers about 800,000 youth who came here illegally.

Trump railed against the DACA program as "amnesty" during the 2016 presidential campaign. Yet, as late as April he took a softer tone on the program, even noting that people benefiting from the initiative could "rest easy."

If @realDonaldTrump ends #DACA, Congress must swiftly pass legislation to protect Dreamers. It is morally right and good for our nation.