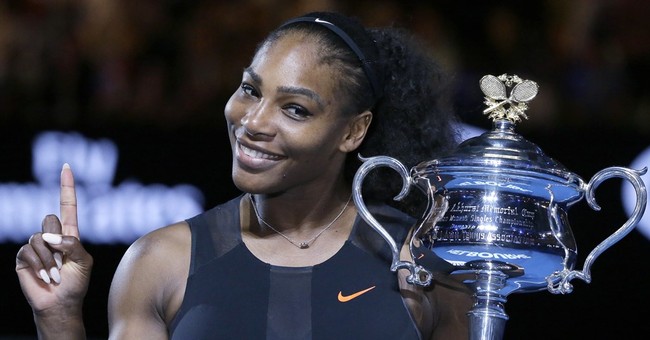 Serena Williams is one of the most decorated female tennis players in history, having been No. 1 in the world multiple times. Yet, her recent remarks about motherhood suggest she won’t be missing the court all that much with her bundle of joy to look forward to. In an interview with Stellar Magazine, Williams declared that she won’t feel like a “real woman” until she has her first child.

"I have so much respect for so many women (for giving birth.), she told Stellar Magazine.  “I am about to be a real woman now, you know? It's going to be something incredibly impressive to go through."

Even Serena Williams, who should be every feminist’s hero with her never ending list of accolades, was not safe from feminists' ire after making those innocuous remarks.

you just set women back 50 years. thanks.

Others lambasted the tennis star for her remarks by noting that some women choose not to have a baby or physically cannot conceive.

Their criticism missed the mark a bit, as Williams presumably did not mean to attack women with physical limitations. Motherhood is something to be celebrated. It’s a joy of life. What Williams said was not sexist or backward – it was beautiful. Beyoncé Knowles dedicates a whole performance to motherhood at the Grammys and was lauded by the media. But Williams can’t make a joyful comment about her own pregnancy?

Williams announced she was pregnant a few months ago with her fiancé Alexis Ohanian and that she would (obviously) be missing the next few grand slams.

Fun fact: Williams won the Australian Open in January, beating her sister Venus, while she was pregnant.