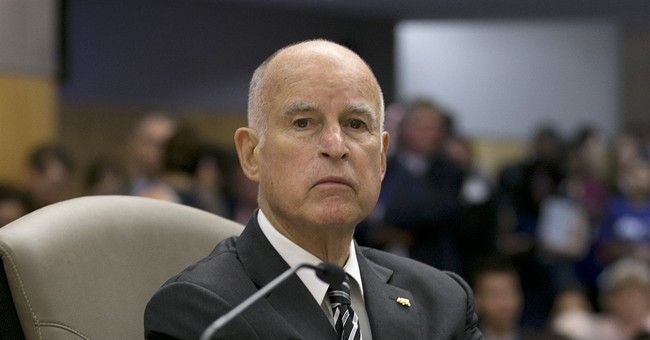 Democrats faced an awkward situation on abortion rights this year when Sen. Bernie Sanders, campaigning for the DNC, ignored the complaints of liberal groups like NARAL and shared the stage with a Democrat who had supported pro-life policies. Sanders made no apologies, insisting the party has to reach out to the many pro-life Democrats in order to have influence. DNC Chair Tom Perez, however, felt the need to do some damage control and more or less told Democrats to toe the party line on abortion or else.

Democratic Congressional Campaign Committee Chairman Rep. Ben Ray Luján (D-N.M.) pushed back at this radical narrative last week, telling pro-life Democrats running for office not to fear - they will have the party's back. There is no "litmus test" for abortion, he said. No one who calls his or herself pro-life will be denied financial aid.

California Gov. Jerry Brown seemed to take Sanders's and Luján's side Sunday when he told "Meet the Press's" Chuck Todd that instead of mandating a pro-abortion agenda, Democrats should maybe consider listening to the "common man."

EXCLUSIVE: @jerrybrowngov argues that the "litmus test' for Democrats should not be abortion, but looking out for the "common man." #MTP pic.twitter.com/FFVYq6qLDE

It's a good point. There are plenty of pro-life Democrats out there. Why would the party want to alienate that base?

"Quite the admission: post-Hillary Democrats have alienated #prolifers with extreme abortion policy, have nothing in common w "common man," she wrote on Twitter.