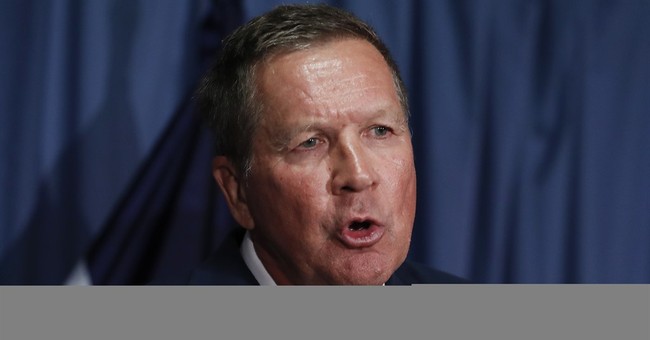 The dramatic saga to repeal and replace Obamacare has produced some serious infighting within the Republican Party. Conservatives are balking that the Better Care Reconciliation Act retains Obamacare's taxes, while moderates are concerned over the supposedly cruel Medicaid cuts.

Vice President Mike Pence's recent remarks about wait times in Ohio has led to yet another argument in the health care debate. Pence purported last week that Medicaid expansion under Obamacare accounted for why so many disabled citizens were left waiting for care in the state behind "able-bodied" people who had been added to the program.

"There is zero connection between those asking for support services and Medicaid expansion," Keeling said in an emailed statement. "In fact, after we expanded, the governor signed into law the largest investment in the system for the developmentally disabled in the history of the program, $286 million. To say Medicaid expansion had a negative impact on the developmental Disabilities system is false, as it is just the opposite of what actually happened."

The dispute got even feistier on Twitter. Pence spokesman Mark Lotter insisted his boss was right and cited a Wall Street Journal piece to prove it, after which Kasich's former campaign consultant John Weaver blocked him.

Despite @JWGOP calling it fake news (and blocking me!) @WSJ says "nearly 60,000 disabled Ohioans are on waiting lists..." #RealNews

The health care bill vote has been delayed as Sen. John McCain (R-AZ) recovers from surgery, so the debate will rage on.