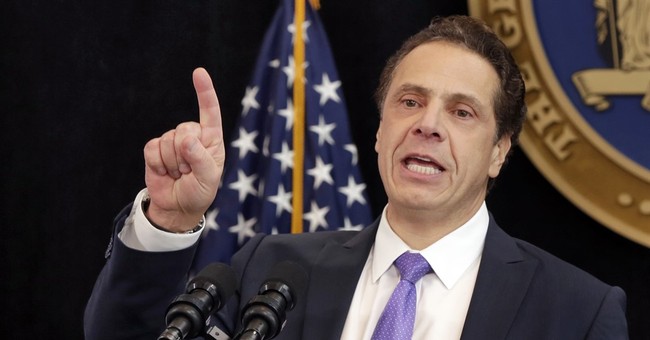 Learning that the assailant, Dr. Henry Bello, had used an AM-15 for his crime, gun control advocates had opportunity to revisit their calls for assault weapons bans. The issue, however, is that Bello's gun was still legal under Gov. Andrew Cuomo's SAFE Act.

And while the AM-15 rifle that Dr. Henry Bello used looks a lot like the type of assault-style rifles that have been banned in New York since 2013, it was perfectly legal.

Indeed, Bello’s AM-15 was among a burgeoning category of rifles sold in New York that are considered compliant with the state’s SAFE Act gun control law.

Such guns look like the classic AR-15 assault-style weapons but they meet the requirements of the SAFE Act because the military features have been removed.

In other words, in this instance, Cuomo's gun control crusade did nothing to help the helpless victims in the Bronx-Lebanon hospital.

Cuomo's SAFE Act, which banned the sale of AR-15 semi-automatic rifles, was introduced shortly after the 2012 shooting at Sandy Hook Elementary.

“All it did was inconvenience lawful gun owners,” Tom King, president of the state Rifle and Pistol Association, said.

In fact, in the first year that the SAFE Act was enacted, gun owners faced over 1,200 felonies under the new regulations, after misdemeanors were upgraded to more serious crimes.

Justin Reickart, who operates H&H Firearms in Lackawanna, New York, explained that Cuomo's regulations do nothing to actually alter the gun's functionality. It's all cosmetic, rendering it a useless law.

“The guy who shot up that hospital went and got a SAFE Act-compliant gun,” Reickart said. “It’s usually the person behind the gun that causes the problem.”