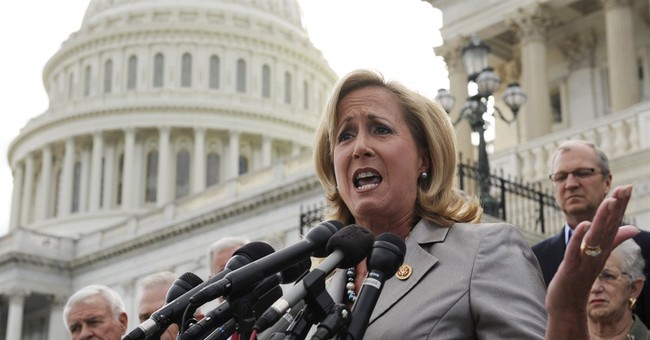 Missouri Republicans were heartbroken to read that their best chance to unseat Democratic Sen. Claire McCaskill will be sitting this one out. In a blow to the Republican Party, Rep. Ann Wagner has decided to run for re-election to the House instead.

"Those who know me well know I put my family and my community first. While I am grateful for the incredible support and encouragement I have received from across Missouri to run for United States Senate, I am announcing today my intention to run for re-election to the United States House of Representatives in 2018," she said in a statement provided to The Washington Examiner.

Before the announcement, Wagner had the support of Senate Majority Leader Mitch McConnell and the National Republican Senatorial Committee and had raised hundreds of thousands of dollars.

McCaskill, one of 10 Senate Democrats up for reelection next year, is vulnerable. Yes, she won in 2012, but her opponent was Todd Akin - the guy who made extremely controversial comments about rape. In other words, put McCaskill up against a strong GOP contender without any baggage, and she could be in trouble.

Here are just a few of the candidates rumored to be good replacements for Wagner.

Hawley appears to have the edge, Politico reports.