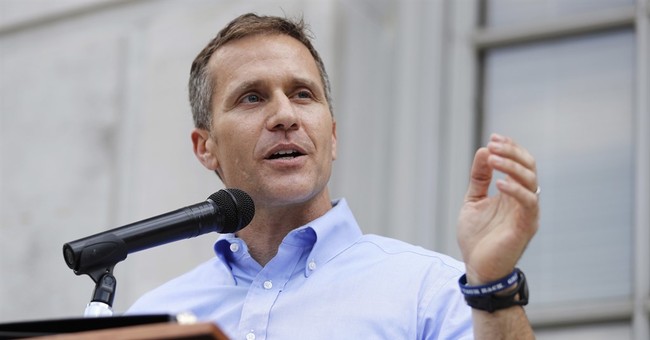 Missouri Gov. Eric Greitens is concerned that an ordinance is going to turn St. Louis into an "abortion sanctuary city." The law, proposed by the city, states that "an employer, labor union, or employment agency may NOT discriminate on the basis of reproductive health decisions or pregnancy status, nor may it advertise a preference." In other words, in order to protect "reproductive rights," institutions may be forced to hire abortion activists and rent to pro-abortion groups.

Our Lady's Inn, a Catholic non-profit maternity home, filed a lawsuit against the ordinance, along with the Elementary Schools of the Archdiocese of St. Louis, Our Lady’s Inn, O’Brien Industrial Holdings, LLC, and Frank Robert O’Brien.

The ordinance also aims to do harm to the state's crisis pregnancy centers. Sensing an instance of religious discrimination, State Senator Bob Onder urged his colleagues to hold a special legislative session to strike down the St. Louis ordinance.

To protect these centers, as well as the religious institutions like the ones mentioned above, the Missouri legislature proposed HB 174, which states, in part, that "political subdivisions of the state may not enact/enforce any measure that limits the ability of 'alternatives to abortion agencies' to operate or speak." The House bill, as well as the Senate version, SB5, have passed.

Missouri Right to Life is supporting the legislation, warning that unless HB 174 becomes a reality, the state is on track to "force churches and others to be complicit in the profound evil of abortion."

The special session concludes the week of July 10, at which point a bill will be conferenced and sent to Gov. Greitens.

Greitens did have the opportunity to celebrate at least one win for religious freedom on Monday, when the Supreme Court sided with Trinity Lutheran Church. In their ruling, the justices concluded the religious institution had as much a right as other schools to benefit from the state's tire scrap program.

Proud to have reversed MO policy that discriminated against faith groups. Today, SCOTUS agreed, 7-2. Great victory for people of faith.