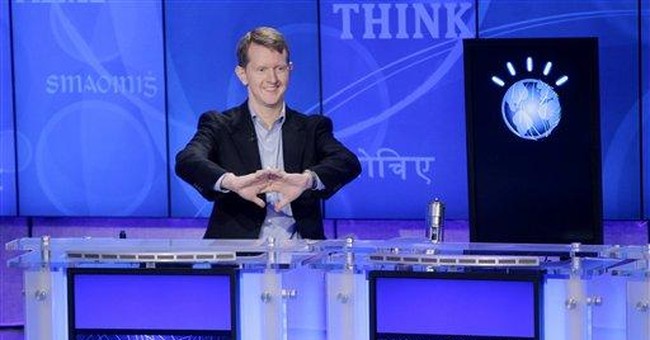 TMZ has reported that President Donald Trump's 11-year-old son Barron thought the photos of Kathy Griffin holding his severed head were real. If true, surely this would have traumatized the adolescent.

Cue one of the most unnecessary and inappropriate tweets of all time. Former "Jeopardy" contestant Ken Jennings, who became a pop culture icon after his historic run on the show in 2004, tweeted the following on Wednesday, mocking Barron for the TMZ report.

“Barron Trump saw a very long necktie on a heap of expired deli meat in a dumpster. He thought it was his dad & his little heart is breaking,” Jennings wrote.

One of the first people to defend Barron was his half brother, Donald Trump, Jr., basically telling Jennings to take on someone his own size.

It takes a real man to pick on an 11 year old. Yet another low from the left, but they will rationalize this away with their usual excuses. https://t.co/JDF3VsVEJ1

Instead of mocking the Trumps for their response to Griffin's photoshoot, most people are condemning the comedian for her tasteless display. Several companies have split ties with Griffin and CNN announced Wednesday that it would not be inviting her back this year to cohost "New Year's Eve Live."